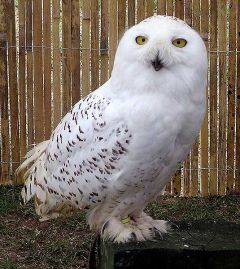 The Winter Olympics are on and I am currently experiencing -7 wind chill… which feels warm compared to what we’ve had! Thus, we have an owl post edition of the Really Recommend Posts, which features another round of great reads from across the internet! This week, we peruse rival theism, reasons for apologetics, evidence for faith, and more!

A complex god with a god complex– Edward Feser here discusses some criticisms of classical theism from a rather unexpected avenue: a rival theistic system which does not hold that God is the simplest possible being, among other things. Rather than being an atheistic critique, this is a criticism from a variant on theism. Feser’s comments are insightful and interesting. He is a Thomistic philosopher who continually has extremely insightful thoughts. I’ve been reading through one of his books–The Last Superstition–and a post on a quote from it has spurred much discussion.

J. Warner Wallace: Why are you a Christian?– The importance of apologetics is brought poignantly to the forefront in J. Warner Wallace’s comments in this post. Wallace is the author of Cold-Case Christianity, a simply fantastic apologetics book, and his comments here offer a stirring call to instruction in the faith.

Okay, you’re right. There’s no evidence for faith– Tom Gilson has been at the forefront of responding to Peter Boghossian, the Atheist Tactician. Here, he continues his series of posts regarding Boghossian’s critique of faith in general. The comments are highly insightful.