RSS feed for this section
This category contains 2 posts 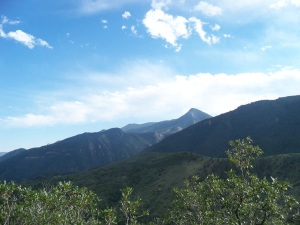 Max Malikow’s Mere Existentialism: A Primer is an excellent introduction to existential thought.

This brief work offers brief (less than 10 pages a piece) introductions to Kierkegaard, Nietzsche, Karl Jaspers, Heidegger, Viktor Frankl, Sartre, Simone de Beauvoir, Albert Camus, and Irvin Yalom. These are exactly what they should be for being a primer on existential thought and encourage further reading.

At the end of the book is a brief single-question summary of the thought of each of these major existential thinkers. These are thought-provoking and fairly accurate (at least for those with whom I was already familiar).

The benefit of a book like this is that it allows readers to dive in and learn about major aspects of existential thought without a major time commitment. It is best seen as a way to introduce these thinkers rather than as a comprehensive look at existentialism.

There are a few typos in the work, with perhaps the most noticeable being that Simone de Beauvoir is referred to as “Simon” in the table of contents and the chapter title (though it is correct elsewhere).

Mere Existentialism would best be used as a way to briefly look at existential thought, whether for one’s own edification or in a classroom. It is a good read for an afternoon, provided the reader wants to sit back and think of their own place in the universe for a while afterwards.

Disclaimer: I was provided with a review copy of the book from Theocentric Publishing. I was not obligated to provide any kind of feedback whatsoever.

The Image in this post was a picture I took in the Rocky Mountains and shall not be used without expressed consent.

Clifford Williams’ Existential Reasons for Belief in God (hereafter ERBG) is one of the most unique philosophy of religion books this reader has experienced. Rather than engaging in systematic arguments for the existence of God based upon sensory experience or philosophical reflection on the cosmos, Williams focuses on the subject of his subtitle: A Defense of Desires & Emotions for Faith.

Williams argues that “Christians need a conception of faith that is at least as much need-based as reason-based” (13). By uniting these into one concept Christians can help acquire and sustain faith (13). Need has been too often cast aside or ridiculed when it comes to faith (12).

After these introductory remarks, Williams jumps into detailed argument on the topic. Throughout the work he focuses on the concept that “people acquire their faith partly because they feel that it meets… existential needs and partly because they think that it makes sense or is true” (17, emphasis his). He begins his argument by surveying various types of needs people have (20ff). In chapter 3, Williams presents an existential argument for believing in God:

2. Faith in God justifies these needs.

Clearly, this is not the typical argument for the existence of God. It’s not an argument for God’s existence at all. Williams recognizes this fact and argues that there is a distinction between evidential and existential reasons for belief. “In evidential justification for believing in God, one believes in God because of what one takes to be good evidence for doing so ” (41). By contrast, “The existential argument… says that faith in God is justified solely because it satisfies certain needs” (41). The argument, therefore, is not to show God exists, but to show that one can rationally believe in God.

Williams argues that such existential justification is permissible for a number of reasons. First, it helps clarify what nature is–it is not merely a faith based on aspects of reality but is instead a faith which is aimed at meeting certain needs (41). Second, people use existential reasoning in other instances–for example when they need to eat, they know that they are justified in going to meet that need (41).

Another interesting implication of the distinction between existential and evidential reasons for belief is that they can be combined to form a cumulative type of argument for the existence of God. Williams presents such an argument, which combines these types of reasoning:

1. We [have various existential needs.]

2. The best explanation for the presence of these needs in humans is that there is a God who has put them into humans.

3. Faith in God satisfies these needs.

4. Therefore, we are justified in believing there is a God in whom we can have faith. (67)

But, it may be objected, this argument justifies belief in any type of God! Consider someone who wants to believe in “Tyrant George” because they need humans to be tortured. They could be justified in believing in such a deity based upon their in-built needs. Williams frankly admits that this objection has its merit. The existential argument should be combined with reason (88). But he also takes issue with the “need” to torture. He delimits criteria which define “needs.” These criteria are:

1. Needs must be felt by many others… most people, if not all.

3. Needs must be significant…

4. Needs must be part of a constellation of connected needs, each of which meets the other criteria…

Why, however, should we believe these criteria? Williams argues that these criteria are independently verified and that they have been found useful in a number of settings, including psychology, courtrooms, and in assessment of unusual phenomena (90).

A third objection notes that not everyone feels existential needs. Williams challenges this notion and argues that most people will be aware of having the various needs he has outlined (119). Finally, it may be objected that we can satisfy these needs without faith. Williams counters by presenting a various tests wherein subjects may find temporary satisfaction in varied cases but their ultimate needs are not met (133ff).

Williams also surveys various thinkers–from Pascal to William James to Freud–and what they had to say about needs. He offers critiques of several theories while advancing his own.

There are those who may be thinking this is, so far, an entirely fideist account. Williams begs to differ and provides several reasons for why faith and emotion can work with the mind and reason to bring about a satisfactory, fulfilling faith (chapter 8). He concludes by showing various ways needs can draw us toward and away from God. Ultimately, “We humans find ourselves with certain deep and abiding needs… We need meaning… We need to kneel, so we kneel” (183).

One interesting thing to note throughout the book is that Williams continually underscores his points with excerpts written by people who have had various existential needs met by faith. These illustrations are also used to show various objections or difficulties people have when their needs aren’t met. They give ERBG a unique feel to it–one that is more intimate than most philosophy works. They’re also useful in that they give readers a concrete example for his argument.

Those coming from a very evidentialist view of apologetics and philosophy will have difficulties with this book, as this reader can attest to. It’s hard to admit that needs and emotions have their place in a rational world, but Williams does an excellent job focusing the reader on this fact. Too often, the focus is only upon a  posteriori arguments based upon the world as opposed to those based upon the human condition. Williams adequately defends existential reasons for belief, and–perhaps most importantly–presented them in a way to which evidentialists can relate and understand. He acknowledged difficulties in the argument and responded to many key objections. Hopefully, Williams has reopened an avenue for philosophers of religion to explore. Too long have they ignored the usefulness of existential reasoning.