“We Believe in Dinosaurs” – The Ark Encounter Examined

The Ark Encounter is a controversial attempt to create a monument to what one group of people sees as biblical truth. “We Believe in Dinosaurs” documents the making of the Ark, both before and after, through several different lenses–a creationist working on the project, a geologist opposing it, an atheist protesting it, a woman who speaks in defense of creationism, a business owner hoping it will revitalize the town, a pastor who sees it as too closely uniting church and state, and a young Christian man who’s changed his mind. Recently, I had the chance to watch the documentary on PBS. It’s also available on Amazon.

One thing that makes the documentary so fascinating is that range of voices and perspectives it presents. Doug Henderson is the lead project designer at the Creation Museum and in the documentary he helped design the exhibits and leads a team making animals to go on the Ark, among other things. He’s a fully convinced Young Earth Creationist who believes the world is about 6,000 years old and that a global flood can account for the geologic record of our planet. He admits to having some doubts in the past, but that he resolved those doubts through a firm reliance on what he sees as the correct way to interpret the Bible. One of the most poignant moments of the documentary has him appealing to the camera with the notion that “I’m not crazy” and that he’s just as normal as anyone else, he just believes the Earth is young. It’s a rare, emotionally vivid moment in creation-evolution debates where the facade of certainty is stripped away and, as a viewer, one can witness that these are real people with real concerns. It’s powerful.

David Macmillan used to be a young earth creationist, and even donated enough to have his name on the wall at the Creation Museum. His own journey led him to question the truth of young earth creationism and he points out that it was a questioning of the rigidity of interpretation as well as scientific findings that caused him to change his view. As a viewer, he related to me quite a bit because his journey is very similar to my own.

Dan Phelps is a geologist who thinks the Ark Encounter is anti-science and has done the work to demonstrate it. But he rose to prominence in opposition to the project not because of geological disputes but due to his taking issue with tax dollars being used to supplement the building of the Ark. What was most alarming to him was that the Ark Encounter’s job applications at every level, whether project leader or janitor, required strict adherence to the full statement of faith of Answers in Genesis. This meant not only that atheists need not apply, as his op-ed got titled, but also that no Muslims, Hindus, Mormons, and even many, many Christians need apply either. To have this kind of hiring policy while also getting government money was alarming, and the documentary follows the fight against this government funding. Ultimately, this battle was lost and the Ark Encounter received grants and other aid from both state and local governments, despite claims both that the Ark is an evangelistic tool and the strict hiring practices.

One of the most alarming parts of the film is found when Jim Helten, President of the Tri-State Freethinkers (an atheist organization) who raised money to make billboards slamming the Ark Encounter and Creation museum as the “Genocide and Incest” museum is interviewed for the radio. What’s alarming about this is the way the Christian reacts to the atheist in this encounter. Jim alleges that the Ark implies incest and genocide because the flood kills everyone not on the ark, whether innocent or not, and then that the world has to get repopulated through incest because only Noah’s family was on the Ark. One can debate the nuance (or lack thereof) of Jim’s interpretation, but the Christian on the other end of the line turns around and immediately consigns Jim to hell. He says he’ll pray for Jim to not be in hell, but finally becomes unhinged and says “and there’ll be a million serpents biting your legs for eternity” as though that’s a reasonable response to Jim’s charges and his efforts to put up somewhat inflammatory billboards. Jim points out that he’s being threatened with eternal torture for asking for evidence. It’s another one of the moments that the documentary does so well of creating times to think and reflect and wonder. How is it possible that an ostensibly Christian person would think such a response was justified–and where did the line about the serpents come from?

A major aspect of the documentary is showing the Ark Encounter’s impact on the local community. It’s not clear what explicit promises were made, but it is clear that the people of Williamstown, Kentucky were given the impression that the Ark Encounter would bring a business boom to their community and help revitalize a downtown that Jamie Baker, interviewed in the documentary, said was so slow at times you could almost see tumbleweeds. The documentary covers several aspects of this hope, showing one group singing a song about their excitement related to the Ark Encounter. Just a few years later, that same place is a vacant facade, to go along with all the other places for sale or rent in a downtown that hasn’t been helped at all. One person in the documentary said they were promised shuttles would bring people into town to eat and shop, but that they only rarely see even a car driving through.

It is not clear, again, what promises were made to the people of Williamstown, but whatever hopes were raised have since, apparently, been crushed. The Ark Encounter isn’t helping the community in a monetary way so far as one can tell from the documentary. This, despite the city selling 78 acres of land to the Ark Encounter for $1 and giving them $175,000. This may not seem like a big problem–businesses make promises and bully people into helping them turn a profit all the time. But the Ark Encounter is an ostensibly Christian exhibit! Its staff has to subscribe to a strict statement of faith. One would expect integrity and openness from such people, not attacks on people who question their practices and attempts to block or obfuscate information related to their exhibit.

“We Believe in Dinosaurs” is a fascinating, challenging watch. It presents many sides, both sympathetic and not, related to the Ark Encounter. I haven’t even gone over several other people who show up in the documentary, and there’s much more there. I highly recommend it to anyone, given its broad range of interests from religious freedom, church and state issues, questions about science and faith, and more.

What is the relationship between Christianity and science?- An Overview of 4 Views– How should the Christian faith interact with science? Do they interact at all? I survey 4 major views on these and other questions.

Origins Debate– Read a whole bunch more on different views within Christianity of the “origins debate.” Here I have posts on young and old earth creationism, intelligent design, theistic evolutionism, and more! 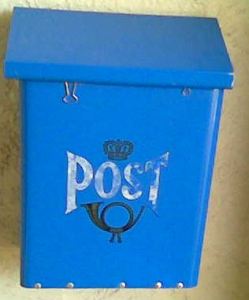 Hello all! My apologies for missing out on the Really Recommended Posts for a few weeks. In between moving, doctor visits for the second child (!), and having family and friends in and out of the new place, it’s been absolutely chaotic. Anyhow, here are the latest reads I’ve found for you from around the web. As always, let me know what you think, and let the authors know as well!

Biologos Responds to the Ark Encounter– Answers in Genesis has made a huge splash in the news recently with their “Ark Encounter”- a $100 million theme park dedicated to young earth creationism. Here, from a different part of the spectrum of Christian belief about faith and science, Deborah Haarsma, the president of Biologos, offers a response to the Ark Encounter.

Pokemon Go and our longing for the world to be transformed– An intriguing post about how augmented reality games might point to our desire for more in the world than the mundane. My home church is a hotspot for Pokemon Go, in other news!

Send Dr. Giles to the Evangelical Theological Society Conference– Kevin Giles is one of the world’s foremost experts on Trinitarian theology and has written multiple books on the relation between God the Father and God the Son. I had the privilege of meeting him a few years ago and was blown away by both his courtesy and knowledge. Christians for Biblical Equality is raising money to send him to the ETS conference this year. This is greatly important, given the recent debates (click link to see summary) over the “Eternal Functional Subordination” of God the Son. Here’s another link from a different perspective on the topic.

As a Psychiatrist, I Diagnose Mental Illness. Also, I help spot demonic possession.– An interesting read whatever your perspective, this article by a psychiatrist speaks on how sometimes phenomenon occur which cannot be explained but by agents.

Christian Thinkers 101: A Crash Course on Soren Kierkegaard– Kierkegaard is one of the most misunderstood thinkers in Christianity. Here’s a crash course on his philosophical and theological thinking. Be sure to read the rest of the series to get introductions to a number of important thinkers.