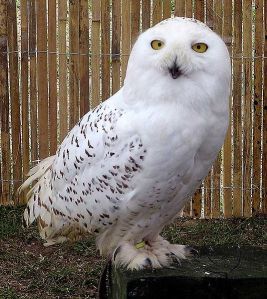 I’ve put together what I think is a pretty diverse array of topics for you, dear reader, to peruse. Check them out, and let me know what you thought of them! If you liked their post, let them know, too! Comments keep we bloggers going!

Gospel Truth? 10 Quick Questions– Here’s an interesting way to approach evaluation of rival Scriptural traditions–how might we determine whether one is true? What do you think of this list of questions about revealed truth? While you’re at it, Saints and Sceptics (they’re British!) is a great site that is well worth your time to follow and read on a regular basis.

Lawrence Krauss debates “A Universe From Nothing” with an Astrophysicist– Check out this review and commentary on a debate in which Lawrence Krauss continues to press his redefined version of “nothing” to try to explain the existence of the universe. This time, he debates an astrophysicist. Hint: it doesn’t go well.

Towards a Deeper Theology of Women: 4 Contributions of Women Scholars– Both men and women were created in the image of God. As such, they are each capable of contributing to theology and teaching. Check out this list of four contributions of women scholars, complete with some reading to pick up along the way!

Free Bible Icons– The title isn’t the catchiest, but these digital icons for every book of the Bible (and groupings therein) are fun, free, and a great thing to just print off and use as book markers in your Bible. Moreover, they’re just fun to look at.

Evangelical Textual Criticism– How might evangelicals engage in textual criticism? Here’s a site that explores that while also providing a number of resources like bibliographies for study, conference reminders, and the like. For an example of how this plays out, check out this post on Codex Bezae.

The Really Recommended Posts this week have some mixed in that are sure to get your noodle going. Can a doctrinal system which emphasizes free human choice in salvation affirm total depravity? Is the Big Bang model wrong? Would evangelicalism label some of its “favorites” heretics? Do skeptics dehumanize Christianity? These, and more, are questions for you to ponder with this week’s reading choices. Let me know what you thought, and if you liked them, be sure to leave them a comment as well. That’s a major reason why we write–to get your feedback!

Skeptics Dehumanizing Christianity– Does the “New Atheism” affirm equality across lines of religion, culture, and the like? How do some skeptics talk about people of faith in ways which may dehumanize them? Check out this thought-provoking article to read some insights on these and other topics.

Do Arminians Believe in Total Depravity?– One constant point of contention between Arminians and Calvinists (and others like Lutherans) is the notion of “total depravity” and the charge that Arminianism denies it. According to this article (following Roger Olson), Arminius himself affirmed the doctrine. It was an interesting read, but I wonder how consistent it would be with the consequences of Arminianism after all. What are your thoughts?

One Very Misleading Article About Six “Heretics” Who Should Be Banned from Evangelicalism– Recently, I saw an article being passed around on how some prominent figures within Christianity often cited by evangelicals would allegedly be labeled as heretics by contemporary evangelicalism for some of their beliefs. I thought it was interesting, but also clearly mistaken on some of the figures mentioned therein. This article took the time I did not by outlining numerous errors in the argument about “consistency” and evangelicalism.

Selection Bias– The universe isn’t expanding after all! So said a lot of headlines around the web of late. Is that really the case? Check out this article from an astrophysicist explaining some difficulties with this supposed problem with Big Bang Cosmology.