convert from a religion

Our Cultural Concepts of Christianity

I recently finished Rescuing the Gospel from the Cowboys by Richard Twiss. It was a phenomenal, thought-provoking read that I highly recommend. In one section, Twiss argues that:

If self-revelation is the work of Creator and Creator’s engagement with people and nations, then crosscultural communication never occurs in isolation, in a cultural vacuum, but by definition occurs in a crosscultural context. Human messengers are never free from the prevailing cultural influences of their upbringing, worldview values, and sociocultural/political attitudes of their day. (61, cited below)

The point he is making is that humans are tied to their cultural background in such a way that any time we speak to someone from a different context, that becomes a cross-cultural context, no matter how neutral we attempt to be in our understanding. Thus, when applied to missions, it is important to keep in mind one’s own cultural influences and try to avoid imposing those cultural standards onto other cultures. We must not turn Christianity into Christianity + our own cultural understanding and practice of Christianity. Much of the book focuses on how Western culture has been imposed upon Native culture in Christianity as well as how we might break that cycle.

Rescuing the Gospel from the Cowboys is an excellent read that will challenge most readers’ expectations and presuppositions. I highly recommend it.

“How Much Evidence to Justify Religious Conversion?” – John Warwick Montgomery on Conversion 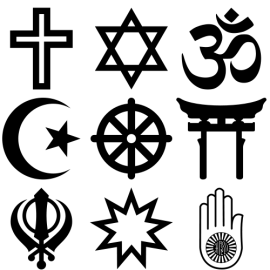 I had the opportunity to hear John Warwick Montgomery speak at the Evangelical Theological/Philosophical Conference in 2012. He was one of the most engaging speakers I have ever had the pleasure of listening to. Here, we’ll look at his presentation alongside the journal article that he discussed. The topic was “How Much Evidence to Justify Religious Conversion?”*

Montgomery began by discussing the possibility of a position which had so much evidence that it becomes difficult to not believe it. Despite this, people do not hold that position. The reason, he argued, is because reasons other than evidence play into one’s conversion. Moreover, we live in a pluralistic age, which means that there are a vast array of options available to people looking for a worldview. This pluralism necessitates a drop in conversion rates because there are more worldviews presenting their evidence to each individual. Thus, it is important to look into the issue of the burden of proof alongside the issue of the standard of proof.

Burden and Standard of Proof

First, proof “depends on probability–not on absolute certainty or on mere possibility” (Montgomery, 452, cited below). He appealed to the “Federal Rules of Evidence” to make this clear. The key is to note that probability ,not absolute certainty, is at stake. Why? Epistemologically speaking, absolute certainty can only be set out in formal logic or mathematics. It is unjustifiable to require absolute certainty for every fact. “Where matters of fact are concerned–as in legal disputes, but also in the religious assertions of historic Christianity–claims can be vindicated only by way of evidential probability” (Ibid).

Second, and more importantly for the current discussion, there are differing standards of proof. The legal system is again a model for this notion. In criminal trials, there is a higher standard of proof than for civil matters. The criminal standard is beyond reasonable doubt, while the civil standard is “preponderence of evidence.” Montgomery argued that religious conversion should be seen as bearing a standard of proof “beyond a reasonable doubt” (453).

Third, competing religious claims must each assume their own burden of proof. They cannot simply say “prove my religious claim false.” One must meet the standard of proof in order to have legitimate entry into the competition between worldviews.

Often, the claim is made that religious claims, because they are extraordinary, need extraordinary evidence. I have written on this exact topic at length elsewhere, but here will focus on Montgomery’s argument. He argued “The notion that the ‘subject matter’ should be allowed to cause a relaxation or an augmentation of the standard of proof is a very dangerous idea…. No one would rationally agree to a sliding evidence scale dependent on the monetary sum involved [in a crime]–nor should such a scale be created… The application to religious arguments based on the factuality of historical events should be obvious. Of course, the resurrection of Christ is of immensely more significance than Caesar’s crossing of the Rubicon, but the standards required to show that the one occurred are no different from those employed in establishing the other” (Ibid, 455-456).

The notion that the import of a claim makes a sliding scale of evidence is made to be absurd because historical events have more importance across cultures and so would, on such a view, be radically different in their acceptable standards of proof.

Finally, Montgomery focused on the existential side of conversion. Here, he offered what he admitted as a somewhat crude argument which was derived from Pascal’s wager. Assuming that the standard of proof is met for a religious system, one still must deal with the existential factors of conversion. Thus, Montgomery argued, one’s commitment to a truth claim should be weighed by the benefits divided by the entrance requirements: C=B/E.

Because the entrance requirements for Christianity are extremely low, and its benefits infinite, one should, assuming the standard of proof has been met, be highly committed to Christianity. Montgomery noted that some may argue the entrance requirements are very high (i.e. setting aside adulterous relationships). Against this, Montgomery argued that the benefits vastly outweigh the finite bliss one feels by such sinful actions.

The subtlety of Montgomery’s argument should not be missed. It has application in a number of areas. First, Montgomery is as thoroughgoing an evidentialist as they come. His argument about the standard of proof being probabilistic is unlikely to gain much credence among those who favor a presuppositional approach to apologetics.

Yet it seems to me that Montgomery’s argument in this regard is correct. We must take into account the evidence when we are looking at various religious claims, and also acknowledge the existential factors which play into conversion.

Montgomery’s argument does much to clarify the issue for apologists in general. Our task is to clear barriers and present convincing evidence to those who argue that Christianity has not met the standard of proof. But our task does not end with that; we must also present the existential challenge of Christianity to those who believe the standard of proof has been met. This includes the preaching of the Gospel.

Montgomery was also careful not to discount the Holy Spirit in religious conversion. He made it clear that he was speaking to the notion of conversion in the abstract. People must be renewed by the Holy Spirit; yet that renewal may come through evidence and standard of proof.

It seems to me that Montgomery’s arguments were insightful and sound. He presented an excellent way to look at religious claims and evaluate them in light of evidence, while also taking existential factors into account.

Montgomery’s use of evidence in law to look at religious truth claims reminds me very much of J. Warner Wallace’s Cold Case Christianity. Check out my review of that fantastic book.

Extraordinary Claims need… what, exactly?– I argue that the claim that religious claims need extraordinary evidence is mistaken.

I have written about numerous other talks at the EPS Conference on an array of topics. Check them out:

Caring for Creation: A dialogue among evangelicals– I discuss a lecture and panel discussion on caring for the environment.

Genetics and Bioethics: Enhancement or Therapy?– Here, I outline a fascinating talk I attended about gene enhancement and gene therapy.

You can read my overview of every single talk I attended: My Trip to the Evangelical Philosophical/Theological Society Conference 2012.

*Unless otherwise noted, the information herein was discussed in John Warwick Montgomery’s EPS 2012 Conference talk entitled “How Much Evidence to Justify Religious Conversion? Some Thoughts on Burden and Standard of Proof vis-a-vis Christian Commitment”