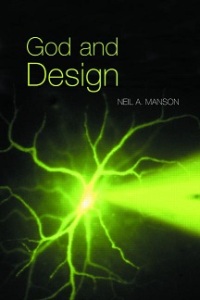 , a collection of essays from both proponents and skeptics of the teleological (design) argument in both its biological and cosmological forms. In the introduction, Neil Manson outlined numerous versions of design arguments whilst also offering some analysis of each version. In his discussion of the biological design argument, he considered whether the argument could even get off the ground:

The reason Manson argues that the bare possibility of such a definition is required is because of the notion of “falsifiability” in science. While it is debated as to whether falsifiability is an actual criterion for “true” science (at least in the philosophy of science I have read), it has become largely assumed that, in some sense, a theory must be at least in principle falsifiable in order to avoid being question begging or too broadly defined.

Granting that, Manson’s point seems to be a valid one: in order for Darwinism to be viable, it must also be falsifiable. If we can’t even imagine a system that would falsify it, then that may have extremely broad implications. Whether we have imagined such systems–and whether we have discovered them–is a matter of no small amount of debate.

What do you think? Is falsifiability a required criterion for science? Are we able to such a defined biological system to challenge Darwinian evolution? Do such systems actually exist?

is shaping up to be a really solid read with differing perspectives on design arguments.

Guest Post: “Is There Life on Other Planets?” by Greg Reeves 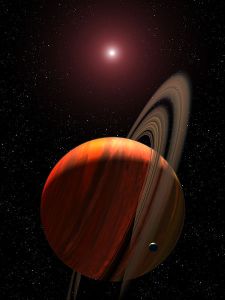 If you’ve been reading the science news lately, you’ll find there has been a lot of buzz about “extrasolar planets”, or “exoplanets” (i.e., planets that orbit other stars).  For an example, see here.  The reason why is in the last several years, the number of exoplanets that we’ve discovered has increased dramatically, mostly due to the Kepler mission.  But regardless of the reason why, one interesting question this brings up is, “Are there other planets that host life?”

This is an incredibly profound question for both the religious and non-religious alike.  For the Christian, the knee-jerk reaction might be “no, of course not, God specially created the life on earth and did not do so elsewhere.” (By the way, I do not necessarily espouse this view.) For the secularist, the presence of life on other planets only adds weight to the idea that life arose here on earth by strictly naturalistic processes.  So what does science have to say about this subject?  Given the sensationalistic popular news articles, one might think the universe is teeming with alien life.  However, the data actually say otherwise.

First, answering the origin of life question, from a scientific standpoint, is incredibly hard.  In fact, after investigating the state of affairs on this problem in order to write a book, it has driven agnostic physicist Paul Davies to proclaim1:

When I set out to write this book, I was convinced that science was close to wrapping up the mystery of life’s origin…Having spend a year or two researching the field, I am now of the opinion that there remains a huge gulf in our understanding…This gulf’s not merely ignorance about certain technical details, it is a major conceptual lacuna.

He goes on to say:

Many investigators feel uneasy about stating in public that the origin of life is a mystery, even though behind closed doors they freely admit that they are baffled. There are two reasons for their unease. First they feel it opens the door to religious fundamentalists…Second, they worry that a frank admission of ignorance will undermine funding…

Second, even though it is a conceptually difficult phenomenon to study, scientists are incredibly confident that it will be resolved one day.  The main reason why is that the alternative to having a naturalistic origin of life would be a supernaturalistic origin of life, something that most secular scientists not only do not believe in but also that they rule out completely according to their philosophical worldview.

Third, we now know that life on our planet originated in a geological instant.  As soon as this planet became even remotely suitable for life, roughly 3.9-3.8 billion years ago, life began (our earliest evidence for life is between 3.86 and 3.80 billion years ago).  To the secular scientist, this implies that even though we have no idea how, the origin of life must be a very simple, fast process.

Fourth, because the origin of life is simple and fast, it probably is not a finely-tuned process, according to the reasoning of secularism.  In other words, all you need are some minimal requirements (liquid water, a rocky planet, some carbon-containing compounds, and a short window of time) and life will surely appear.  This principle led astronomer Steve Vogt, upon discovery of a rocky exoplanet in the “Goldilocks zone” (the distance from their star that would allow a planet to potentially harbor liquid water), to state, “The chances for life on this planet are 100 percent.”  (As an interesting sidenote, the particular planet he was referring to may not even be a planet. Of course, we are still discovering exo-planets, and I have been confident for some time that we would find a near-earth-sized rocky planet in the Goldilocks zone.  And lo and behold, we have.  For examples, see here and here.) 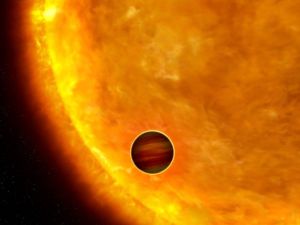 So, given this background, is it likely that such “Goldilocks planets”, which are likely to be all over the place in the universe, harbor life?  Well, there are two sides to this story.  As I laid out above, the popular secular point of view (and the point of view portrayed by the media) is that life is inevitable whenever loose conditions are met (background point four).  So of course, whenever you have a planet in the Goldilocks zone, life is inevitable.  This view springs solely from the assumption of naturalism (background point 2) and the fact that life arose on earth quickly (background point 3).  You can easily see this point of view when reading the popular news articles, which are overflowing with unbridled optimism.

The other view is that life is rare in the universe, because all of the prowess of the origin-of-life scientific community has returned a comparatively small amount of promising data (background point 1). In fact, not only has little actual progress been made towards discovering naturalistic pathways towards origin of life, but instead the more we know the more we discover how far away we are.  Problems such as the lack of a prebiotic soup, the irreducible complexity of life, the homochirality problem (all bio-molecules must be either 100% right-handed or 100% left-handed), the difficulty in producing a cell membrane, and the finely-tuned conditions needed to carry out the chemical reactions that produce biological precursors all reveal a much less optimistic story from the point of view of hard science.

The problems for the hypothesis of the naturalistic origin of life don’t stop there, however.  The more we study our planet, the more we realize that an exoplanet needs a lot more going its way than just to be in the Goldilocks zone.  There are a whole host of astronomical and geological parameters that must be exquisitely finely-tuned for life to (1) exist and (2) persist on a planet.  The timing of the formation of the exosolar system, the location of the exosolar system within the galaxy, the type of galaxy the exosolar system is in, the elemental composition of the star and planet, and the existence of stable, long-lasting plate tectonics are just a few of the finely-tuned parameters that must be met for life to exist and thrive.

None of this is to say that we should not be investigating how life could have originated, or whether exoplanets may harbor other life forms.  Indeed, if God did create the universe and life, I am convinced that these scientific disciplines will serve only to glorify Him further.

But these observations do beg the question: which is it?  Is life abundant in the universe, a premise based on one data point and questionable assumptions, or is life rare, a premise based upon the empirical findings of the fields of biochemistry, organic chemistry, astronomy, and geology?  It seems to me that hope springs eternal for the secular exoplanet researcher, but the hard scientific data tells another story.

Dr Greg Reeves holds a PhD in Chemical Engineering from Princeton University, and is currently an assistant professor of chemical and biomolecular engineering at North Carolina State University. He is the co-director of the NC State chapter of Ratio Christi. His blog can be found at twobooksapproach.blogspot.com.