Molinism and Aseity- A knock-down argument against middle knowledge? 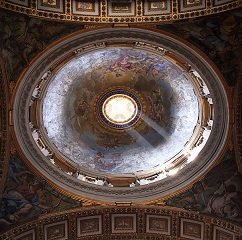 One of the most recent “Straight Thinking” podcasts–a podcast put on by Reasons to Believe–featured Travis Campbell discussing Middle Knowledge (which is an aspect of the philosophical theological position known as molinism). Middle Knowledge is, essentially, God’s knowledge of counterfactuals–that is, the knowledge of things like “If someone talks about molinism, J.W. Wartick will be interested.” That is a counterfactual because it states something which may be contrary to fact–that is, it depends on some condition to be fulfilled in order to be true (in the example above, it is the occasion of someone to talk about molinism).

On the second part of the interview, Campbell discussed some objections to molinism which he felt made the position intractable. One of the first objections he presented was an objection from “aseity” that is, God’s self-existence. According to the doctrine of divine aseity, God does not rely upon anything else for God’s existence. Now, molinism classically holds that God surveys the realm of possible worlds prior to the creative act and so sees all possibilities related to free creaturely choices. Then, God creates the world God desires. Campbell argued that this undermines God’s aseity because it makes God dependent upon creatures for omniscience–one of God’s essential attributes.

The argument, if sound, has great force. After all, if molinism means one must deny an essential attribute of God, there is a pretty serious difficulty with the doctrine. But does it? Campbell cited William Lane Craig, a leading proponent of molinism, as admitting that molinism entails that God’s knowledge, at least, is in some sense dependent upon creaturely choices. From what I have read of WLC,*  I have found it seems he frequently makes it appear as though molinism presents God as able to choose among any parts of possible worlds to construct whatever possible world God wants. Not correct… but possibly also not Craig’s actual view;* perhaps Craig is only making it seem thus when he discusses molinism in summary. What I’m getting at is that I’m not convinced Craig is as consistent a molinist as, well, Molina (or in modern times, Thomas P. Flint).

Now for the claim itself, I do not think it follows that God is actually dependent upon creaturely choices. And, if it follows from molinism that God is dependent in that way, then it must also be true of any view which holds to foreknowledge whatsoever. In fact, this is where I have a pretty serious bone to pick with any view which denies comprehensive foreknowledge. Unless I am much mistaken–which is quite possible–the realm of possible worlds is a set of necessary truths. That is, each possible world is a complete set of all true propositions for the entire history of that world.*** But if that is the case, then molinism is no different on God’s creative activity than any other view of creation, for God is simply selecting one from a set of possible worlds.

*I have his Divine Foreknowledge and Human Freedom but I am working through Molina’s work before I transition into it.

**Interestingly, Craig is working in this area for his next major academic work, according to his own discussion of related topics on his podcasts.

***One may hold that a possible world is merely the starting conditions of a world, but I do not see how that distinction could be made coherently. That is, I’m not convinced that a set of possible worlds would not include the entire history of the possible world. Moreover, any who would argue that God has comprehensive knowledge of the future would have to grant that God’s creative act would entail the history of the entire [possible] world.

The Consolation of Counterfactuals: The Molinism of Boethius

Whence comes this powerful understanding
That all things sees and all discerns?
…This is a cause more powerful
More forceful and effectual
Than that which passively awaits… (Boethius, The Consolation of Philosophy, Book V, section IV)

One prominent challenge to molinism is the notion that such counterfactuals about future choices cannot exist or that God simply couldn’t know them. I was startled as I read Boethius’ (480-525 AD) work, The Consolation of Philosophy, to see that he had anticipated this objection and provided the outline of an answer to it about 1500 years ago.

Boethius wrote the work as a dialog between himself and Philosophy, a woman who represented, well, philosophy. The last book focuses upon God’s foreknowledge and human freedom.

All those things which happen without happening of necessity are, before they happen, future events about to happen, but not about to happen of necessity… But this, you will say, is the very point in question–whether there can be any foreknowledge of things whose occurrence is not inevitable. (Book V, section IV)

Again, it was amazing to see that Boethius had anticipated an objection to molinism–a system of theological thought which hadn’t been conceived fully yet (and wouldn’t be for about 1100 years!)–and provided an answer. The objection was seen above: many modern philosophers and theologians contend that God could not know that which is not necessitated to happen.

Yet Boethius answers the problem in a unique way:

The cause of this mistake [believing that God couldn’t know things that will not happen by necessity] is that people think that the totality of their knowledge depends on the nature and capacity to be known of the objects of knowledge. But this is all wrong. Everything that is known is comprehended not according to its own nature, but according to the ability to know of those who do the knowing. (Book V, section IV)

Before developing this argument, it is important to note that it rests squarely within Boethius’ later reflection upon the eternity of God–a being who has “the complete, simultaneous, and perfect possession of everlasting life” (Book V, section VI). Because Boethius holds that God is eternal in this sense–timeless–he can reasonably hold that God’s capacity to know is not limited by temporal constrictions.

Thus, we get back to the nature of his response to the counterfactual objection to molinism. Boethius, holding that God is eternal and therefore not limited by time, grounds the knowledge of counterfactuals not in their own inherent ability to be known or not known, but rather in the ability of the knower to know them.

It is worth emphasizing how radical and powerful this response is to the modern argument against molinism. If God is indeed timeless in the sense Boethius presses, then God would have access to the entirety of time as far as knowledge and action are concerned. Thus, by grounding knowledge not in the objects of knowledge themselves but in the capacity of the knower, Boethius grounded counterfactual knowledge.

Now, modern opponents of molinism would take this in stride and argue either against the contention that God is timeless or against the contention that knowledge is based in the capacity of the knower rather than the known. Exploring either of these objections is beyond the scope of this post, but it is worth noting that Boethius’ rebuttal to the problem of counterfactual knowledge works if both of his contentions are true. The question is, of course, whether they are.

A Final Objection and Response

Another way to attack Boethius’ defense of God’s knowledge of counterfactuals is to argue that even if it is the case that God is eternal and that His knowledge is grounded in the knower rather than the known, then it still would only mean that God knows what will happen, not what would happen if something were to happen. In other words, one could hold that Boethius’ answer doesn’t actually apply to counterfactual knowledge.

It seems possible, however, to modify Boethius’ defense to counter this argument as well. One could note that because God is eternal, any event that would happen, God would know about it. In other words, if x were z instead, then God’s knowledge would simply be z instead of x. This response turns the counterfactual into a counterfactual about God’s knowledge rather than about freedom. The response offered turns the question from whether God could know that “If x, then y” about John Smith into a question of “If z instead of x, then God knows z.”

It seems clear to me that there is much to develop yet in the objections and responses offered above. The last critique offered and my response certainly opens a number of areas of inquiry. However, for now it seems clear that Boethius has offered a unique way to look at the problem of counterfactual knowledge. Whether his perspective is correct remains a matter for further inquiry.

Boethius offered a unique and stirring defense of molinism over a thousand years before it was fully articulated by Luis de Molina. It is worth looking into his answer, even if it fails, simply for the foresight it provided. But Boethius’ work is known as an astounding discussion of divine eternity as well, among other things. Thus, I encourage readers to look into his short work, The Consolation of Philosophy. Who knows, you may even find the consolation of counterfactuals therein.

Edition Used: For this post I used the Penguin Classics edition of The Consolation of Philosophy (New York: Penguin, 1999).