Inerrancy, Scripture, and the “Easy Way Out” 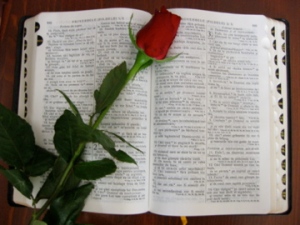 Inerrancy, defined as simply as possible, is the Christian doctrine that the Bible is divinely inspired and without error.

But it is important to move beyond this simple definition, because people often come away with misconceptions about the doctrine. The Chicago Statement on Biblical Inerrancy explicates what evangelicals mean when they speak of inerrancy. I highly recommend that anyone interested in Inerrancy read this statement. It clears up a number of misconceptions.

A rejection of inerrancy is frequently due to a misunderstanding of what the doctrine means. Here are some common misreadings of the doctrine:

1) Inerrancy does not mean that there will be no discrepancies between Gospel accounts. These discrepancies, based upon an interpretation given by one who affirms inerrancy, are not seen as errors but as the different authors expressing their biographical accounts in different ways. Unlike modern conceptions that a quoted phrases must be exact, historians in the first century felt at their liberty to rearrange temporal events to better illustrate a common theme. The Gospels can be seen to utilize several methods of ancient biographies as they emphasize certain aspects of Christ’s life.

2) Inerrancy does not mean that there are no cultural or personal aspects to Scripture. An example of this can be seen in the geocentrism in the Bible. That there is geocentrism in the Bible does not undermine inerrancy. Inerrancy is the belief that what the Bible teaches is without error. The Bible does not teach geocentrism, but features it as part of the background beliefs of the cultural context of the authors. The authors have imported their culture into expressing God’s word, but that does not undermine the teachings.

3) Inerrancy does not mean God dictated the Bible word-for-word. This point ties into 2: God used human authors and gave them the leeway to write within their cultural background.

Those who reject inerrancy have taken an easy way out. Rather than investigating the issue of historical grammatical interpretation of Scripture or looking into what inerrancy means, they find what is perceived as an “error” in Scripture and reject the doctrine. The misconceptions outlined above are just a few of the errors made by people who do not investigate the issue seriously enough. Rather than coming upon a difficulty in the text and rejecting inerrancy, I urge readers to explore the difficulty, see what people have to say about it. I’ve found on more than one occasion that something I thought could be an error was explained by a cultural tradition or misreading of the text.

Finally, I’d like to address something that might come up to those reading through this. Often atheists object to the doctrine of inerrancy. I’ve run into this in my own personal discussions with those outside of the faith. They say things like “Do you really think a book written by a bunch of humans is without error?”

Well, if the Christian God exists, then the Bible is not just a book written by a bunch of humans. If God exists, there is no reason to think that God would be incapable of guiding His people to write a book to reveal Himself in a way that allows them to use their historical and cultural contexts without transmitting error in teaching. It would take a very powerful argument to convince me that an omnipotent deity would be unable to do this.

The Bible has been compared to an anvil–no matter how hard people beat on it, it remains firm, it stands strong. I love this comparison, and I have my own to offer. The Word of God is like a sword being forged. It is under attack by others, who beat on it with hammers, trying to destroy it, yet in all their attacks, the Word only gets sharper, and its blade more keen. The Word stands.

This post is the third in a series I’ve been working on which discusses Bible Difficulties–hard passages in Scripture. Other posts in the series can be accessed here.

One of the most commonly-cited difficulty with Scripture is the charge that God commands wicked actions. I’ve offered other defenses of such charges before (see here and here), but here I’d like to examine one specific case (and I will likely do so in the future as well). Today I’ll discuss the case of Jericho found in Joshua 6:21-24 (found in  context here).

These verses say: “They devoted the city to the LORD and destroyed with the sword every living thing in it—men and women, young and old, cattle, sheep and donkeys… Then they burned the whole city and everything in it, but they put the silver and gold and the articles of bronze and iron into the treasury of the LORD’s house.” (Joshua 6:21, 24).

Why is this passage difficult?

Surely this is a hard truth! Men, women, children, and animals are destroyed due to God’s command.

There are a number of ways commentators address these verses and others like them. I’m going to outline my own view, which is a synthesis of many others.

Most importantly is the idea that the entirety of Scripture witnesses of God’s relationship to man. This is made specific in the revealed incarnation of God into the person of Jesus. Thus, verses like these should be seen in light of the whole of Scripture. More on this in a bit.

The second most important point is that God is, necessarily, sovereign. Sovereignty implies that God is in absolute control of the universe. This point is so important because it is the case that God has created all living things and has sustained them by His grace. Thus, all things owe each second of their lives to Him. We don’t deserve anything, only God deserves anything–which is our adoration, thanksgiving, and praise.

Now, before getting into a Scripture-in-context argument, we can examine this individual case. The charge is (essentially) that  God is unjust for allowing and endorsing the total destruction of Jericho, including women, children, and animals. Geisler and Howe make the fivefold argument, found in The Big Book of Bible Difficulties, that

1) The Canaanites were far from innocent. The Canaanites abhorrent immorality is described in Leviticus 18, which includes descriptions of such Canaanite practices as child sacrifice (see Leviticus 18:21, 24, 25, and 26). These people were not walking around minding their own business. They were a dangerous, defiled nation (Geisler, 137).

2) God had given Palestine more than 400 years to repent, starting with the promise to Abraham in Genesis 15:16. The people of the land, however, had not repented (137).

3) In regards to killing everyone, including women and children, the fact of the matter is that they were part of a people whose depravity was such that anyone who came in contact with it was polluted (see Leviticus 18 once more). Geisler and Howe further put forward the controversial view that children who die before the age of accountability go to heaven (they cite 2 Samuel 12:23 for this) and so God was being merciful by bringing them to Him rather than having them condemned for eternity (138–I am not endorsing the latter part of this argument, but I think it was worth repeating here).

4) God’s sovereignty means that He who has created life may also take it (138).

5) The threat of such a vile, violent, and corrupt people meant they must be eradicated so as not to lead astray God’s chosen people, who had already shown themselves susceptible to such apostasy (138).

I think that Geisler and Howe make a fairly credible defense here, though I think a high understanding of Christology can enhance the defense further. The Lutheran Study Bible commentary about “Divine Warfare” states that “Satan and man’s sin started warfare… Christ’s divine warfare [his death and resurrection] achieves victory and salvation… divine warfare [is] God’s just punishment [for] human sin… the Church’s warfare is spiritual… a Christian view of warfare must distinguish Law from Gospel” (376). These points combine to show a Christian understanding of such passages:

As I mentioned above, Christ can be seen as the key to understanding even these passages. Paul, in the book of Romans, writes that “all have sinned and fall short of the glory of God” (3:23). There is no one righteous, not even one (3:10). Thus, all deserve death and punishment similar to that of Jericho. However, God, in His mercy, sent His Son to die once for all sinners, thus opening salvation to all who believe. This is by faith, not by works (Ephesians 2:8-9). Therefore, when viewing a difficult passage such as this, as Christians, we can see a distinction between Law and Gospel. God’s Law is evident in His Just dealings with sinners–the wages of sin is death (Romans 6:23a)–while also remembering that God’s mercy is in all things, for “the gift of God is eternal life through Jesus Christ our Lord (Romans 6:23b).

Further, one very important point to make in all matters like this is that the Christian understanding includes the belief that all things have eternal relevance. Things that happen in this life have repercussions for the next. As such, any understanding of temporal suffering should take into account God’s plan of eternal salvation for all who believe.