On the statement that “we are all atheists” 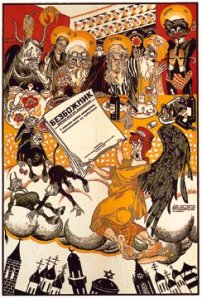 “We are all atheists to other religions, we [atheists] just take it one step further.”

The phrase initially has some kind of shock value, and then it gets you thinking. As a Christian, it may have you thinking, “Wow, I never thought of it that way… maybe there is something to this ‘atheism’ thing.” As an atheist, it may have you saying “Yeah, you Christians are just as rational/skeptical as we atheists about other religions, why not just apply that same logic to your own?”

I’ve addressed this statement/argument/quip/whathaveyou before: here. Yet I keep seeing it pop up in everyday conversation and even from people like Richard Dawkins and Lawrence Krauss in his debate with William Lane Craig.

There’s a problem though, in fact, there’s more than one problem:

1) The statement is false

2) The statement is irrational

3) The statement–as with many false or irrational statements–proves too much (or too little).

Let’s examine to each of these in turn.

The Statement is False

Atheism, by definition, is the belief that there is no God. Therefore, because I believe in a God, I am not an atheist, by definition. William Lane Craig addresses this statement here. The person who brought up the question curiously counters Craig by saying “That’s semantics.” Funny, considering that’s what the atheists are doing: making up semantic word games. Redefine terms to win a debate: atheism at any cost.

The Statement Is Irrational

As I’ve argued elsewhere, the statement is simply irrational. The atheist is literally saying that the theist is an atheist:

The Statement Proves Too Much

there are a theoretically infinite number of possible answers to the equation “Two plus two,” but only one actually true answer. To say that “Two plus two equals four” is to automatically make me an unbeliever in all the other possible answers. It’s not rational, however, for the atheist to say, “Well I just go one step further and choose to disbelieve that four is the answer either.” (Dean Todd)

The same type of argument could be made for any true statement. Therefore, the type of reasoning employed in the “we’re all atheists” statement would undermine all true belief.

But it’s just a quip

In regards to my previous post on this statement, several respondents said variations of “You’re taking it too seriously, it’s just a phrase meant to inspire discussion” or “It’s just a quip”. As one respondent put it:

The original formulation didn’t use the word “atheist.” It simply said, “You disbelieve in all the gods of all the religions other than your own. Well, we godless folks only disbelieve in one more than you do. We disbelieve in them all.” Stated this way, your hair splitting over the poetic use of “atheist” becomes irrelevant and the central point stands

But it can be seen that this falls victim to the same difficulties already pointed out above. For it could be said that “You disbelieve in all the possible answers to the statement 2+2=? except one [4], I just disbelieve in them all.” It’s simply positively irrational to even use it as a talking point. That, or it’s trivially true and therefore pointless.

Finally, consider the reasoning behind the statement that “it’s just a quip.” Does using a phrase as a mere expression excuse it from being contradictory or false? Suppose I were to go around saying “atheists are theists too, they just don’t know it!” After all, in the Bible it says God’s existence is plain and can be easily discerned (Romans 1:18-20). So it follows that atheists are theists! Obviously, if I were to use this as a “quip” or “expression” it would be seen as an insult or a jab. Not only that, but it would be seen as obviously false “I’m not a theist,” the atheist would respond. “But it’s just a quip!” I could reply. That doesn’t excuse it from being utterly false. Or again, many Hindus claim that all people are really Hindus, they just don’t know it. After all, Brahma is all, so anyone is really Brahma and part of Hinduism, whether they know it or not. But this is clearly false. I am not a Hindu. I think the concept of Brahman is self-referentially incoherent. To assign a label to me that is false is not to make a quip, but an insult; to assign a label that is incoherent is irrational.

I present a dilemma:

Those who assert the “We are all atheists” phrase are either:

1) Making an argument for atheism from the phrase, which is irrational and contradictory

To maintain the use of this phrase is to live in a world of either irrationality or insult: either way, it is to disrespect ourselves and our fellows.

The Underlying Reasons For Making the Statement

In discussing this statement with atheists, I’ve found that often it is seen as a simple attempt to try to point out to Christians their “inconsistency.” The reasoning is that Christians use their cognitive abilities when rejecting other faiths, but they apparently don’t in regards to their own. Following from this, it is argued that if Christians were to just be as skeptical about their own faith as they were about others’, they’d be atheists too (or at least understand atheism).

There are problems with this reasoning. The first is that it begs the question against Christianity by assuming that there are no good reasons to be a theist (i.e. if you examined Christianity, you’d reject it too). There have been many who have examined Christianity and found it to be epistemologically robust; so the reasoning of the atheist is question begging. But it also assumes that atheism is a kind of epistemic neutral ground (something I examined here): if one is an atheist, he/she can examine all worldviews without bias. Again, the problem is that this is false. Atheism is grounded upon the idea that “there is no God.” As such, that doesn’t make in unbiased–rather, it makes it biased against the existence of a God(s). So to assume that atheism is an unbiased viewpoint through which all religions should be viewed is to once more beg the question.

Therefore, it appears as though we are once more left wanting any good reason to use the phrase. The statement that “we are all atheists” is false, irrational, insulting, and epistemically question begging.

Edward Feser has a phenomenal discussion of this same topic in his post: “The ‘one god further’ objection”

Dissecting the ‘One Less God’ Meme– Prayson Daniel takes on a meme based on this argument which has been recently circling the web.

William Lane Craig discusses the definition of atheism in writing. Interestingly, Anthony Flew, the renowned atheistic philosopher (who turned deist late in life) admits that atheists have twisted the meaning of atheism so as to weaken it and allow for agnostics to enter the fold of atheism (and therefore they don’t have to argue for the position that “there is no God”). Craig quotes him herein.

Craig also discusses it in another video here.

The featured picture is a poster featuring Soviet Anti-Religion Propaganda.

96 thoughts on “On the statement that “we are all atheists””