Crossing the Most Dangerous Line: How some bioethicists undermine humanity 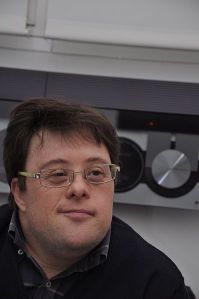 Our point is only that there is nothing bad about death or killing other than disability and disabling. (Sinnott-Armstrong and Miller, cited below)

The authors also do not agree with the term euthanasia for this practice [after birth abortions] as the best interest of the person who would be killed is not necessarily the primary reason his or her life is being terminated. In other words, it may be in the parents’ best interest to terminate the life, not the newborn’s. (Klimas, emphasis mine, cited below)

These are not quotes from a dystopic sci-fi epic; these are quotes from a journal article about murder and a news story about bioethics. The disturbing reality is that there are a number of people working in the field of bioethics today whose positions undermine basic human rights.

Why is murder wrong?

There are a number of answers generally given to this question which generally focus on the wrongness of ending life or terminating consciousness. However, a recent article by Walter Sinnott-Armstrong and Franklin Miller denigrates this position as “traditionalist” (note the subtle choice of the word to create an opposition: “traditionalists” are opposed to what? apparently they are opposed to “innovation” “reality” and the like; they are stuck in their mores and these bioethicists must free us from the stone age). They argue that it is causing disability which makes murder wrong; not the wrongness of killing itself.

Murder is wrong, on their view, because it causes “total disabling.” The authors draw out a thought experiment in which a woman, Betty, is incapable of controlling her thoughts, has no motor control, and the like. Essentially, she is completely disabled and cannot do anything, has no awareness of her actions, and the like. Then, the authors ask:

It is fascinating to see that the authors apparently take this to be a decisive blow to the “traditionalist” position. They write, “We see nothing to make Betty’s death worse than her total disability. This intuition seems to be widely shared, since many people dread death no more than and for the same reasons that they would dread total disability.”

Yet there is something fairly obvious that is just waiting to be pointed out: namely, that Betty’s death does “involve the loss of something valuable beyond the loss of all abilities forever”–what it involves losing is one’s life.

Yes, that’s right, some people make the apparently not-so-obvious claim that life itself is valuable. See, articles like this by Sinnott-Armstrong and Miller don’t interact with their opponents’ positions as much as they try to claim they have refuted them; rather, they simply assume their opponents are wrong. But these authors seem to have anticipated this point (despite their total rejection of the alternative in their thought experiment–they use the experiment as though it seals their case and then only later, once the reader has been led to believe they are absolutely correct, do they deal with this objection). They write:

Of course, opponents will claim that life is sacred or that killing her violates God’s commandment, but why would God forbid us (or have any reason to forbid us) to do something that does not make Betty worse off? Similarly, secular theorists might claim that life has sanctity or intrinsic value (cf Dworkin), but why is life valuable in this extreme case when it includes no ability (or pleasure, as we are still assuming)?

But this is the end of their response! After these lines they turn to attempting to justify their consequentialist assumptions. Surely, however, this is an extremely insufficient response. Nothing in this response undermines the position that life is  valuable. Rather, they just ask a question: why is life valuable? But of course the authors are the ones making the claim here. They are claiming life itself is not valuable. If that’s the case, the burden of proof is upon them to show that their position is correct. And note that the way they try to justify this position is by simply assuming their position is correct. They ask why God would forbid something that doesn’t make Betty any worse off… but the point the “traditionalist” is making is that it does make Betty worse off because killing her deprives her of life! There is a subtle question begging occurring throughout the article because the authors simply can’t seem to fathom that life is valuable in itself. Instead, they assert that what is valuable is ability and then sift all moral statements through that assumption.

One who reflects upon this position should be not just appalled but also outraged and fearful. Why?  Well Sinnott-Armstrong and Miller, by suggesting that what makes killing wrong is the causation of disabilities, imply that disabilities significantly reduce the value or worth of persons. Consider this: the authors repeatedly point out that it is not the deprivation of life that harms Betty, but rather the causing total disability. The grounding of Betty’s value is therefore based upon her abilities. If that is the case, then as Betty suffers disabilities, her value is decreased. Suppose Betty goes from being totally “able” with nothing wrong to becoming paralyzed. Does that mean she is less valuable? “Traditionalists” like me would say no, she is no less valuable. However, the authors of this article have grounded human value on ability. Again, it is the deprivation of  capabilities which is wrong with murder, not the deprivation of life on their view. A consequences of this position is that the more “disabled” one becomes, the less valuable they become. Such a position is rightfully horrifying, but it is exactly what such a position entails. If humans’ value is grounded not simply in their being, then whatever standard one grounds this value will imply a sliding scale. Sinnott-Armstrong and Miller suggest that abilities  ground value; therefore a disabled child is less valuable than one who is not; a man with Down Syndrome is less valuable than one who does not have it. These are the horrifying implications of their view.

One wonders if it is worth embracing such a position when it entails such blatantly immoral consequences. When one notices that the argument produced therein is based simply upon begging the question and assuming that life itself is not valuable, one finds little reason to commend this position.

Bioethicists have not stopped at the line crossed above, however. Recently another pair of bioethicists, Alberto Giubilini and Francesca Minerva, have argued for what they are terming “after-birth abortions.” In layman’s terms, they’re arguing for murdering one’s own children.

What could possibly ground this? Well, these bioethicists argue that, “Both a fetus and a newborn certainly are human beings and potential persons, but neither is a ‘person’ in the sense of ‘subject of a moral right to life’… Merely being human is not in itself a reason for ascribing someone a right to life.”

What exactly constitutes something which could justify killing a newborn? Again, “The circumstances… where after-birth abortion should be considered acceptable include instances where the newborn would be putting the well-being of the family at risk, even if it had the potential for an ‘acceptable’ life.” The authors go on to cite Down Syndrome as an example of these circumstances. Honestly, there is nothing to distinguish this form Eugenics. Let’s kill off those we deem unsuitable for life. It’s abhorrent.

I predicted this very consequence of the pro-choice position not too long ago. Pro-abortion arguments which aim to redefine what it means to be a “person” lead inevitably to infanticide. Fortunately, most pro-choice advocates do not realize this consequence of their position and still find infanticide and the like abhorrent. But those who have carefully reflected on the topic–bioethicists who research the issues involved–have come to realize that if an unborn human being is not worth being called a person, then it is hard to see why a newly born human being is a person either.

The two case studies provided in this post provide examples for why it is so important to defend a proper view of the value of persons and worth. Once we start to define worth as things which can become a sliding scale (abilities vs. disabilities); once we allow that human beings are worthless if in one location (the womb) but valuable in another (outside the womb); once we seek to redefine terms in order to win a debate; that is when our world will collapse around us. These bioethicists are literally trying to say that it is permissible to kill people if they are totally disabled; they are literally telling us that a child with Down Syndrome might have a life worth living, but is such a strain on their family that the family should be allowed to kill their own child. I wish I were making these things up. These are our times: times in which we’ve allowed people to redefine rights and values in order to allow us to kill our children; times in which the people writing our ethics books argue that murder isn’t wrong because it takes a life but because it disables someone; times in which we can read discussions in medical journals about permitting the killing our own infants because they have certain defects.

J.W. Wartick is a Lutheran, feminist, Christ-follower. A Science Fiction snob, Bonhoeffer fan, Paleontology fanboy and RPG nerd.
View all posts by J.W. Wartick »
« Is Christ Risen?
Out until 4/23 »

6 thoughts on “Crossing the Most Dangerous Line: How some bioethicists undermine humanity”