The Argument from Religious Experience: A look at its strength 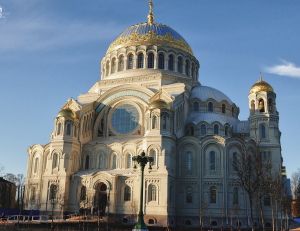 [Note: Through this post, when I say “religious experience” I am referring to experience generally–that is, numinous, sensory, and the like. I will distinguish when I mean otherwise.]

Religious Experience is pervasive throughout human history. You can find accounts of it in the Upanishads, the Vedas, the Qur’an, the Torah, the Gospels, and more. Not only that, but recent, systematized studies have found that religious experience continues to be a part of people’s realm of experience.

Consider David Hay’s study, Religious Experience Today. The book is based upon a number of national and community surveys in the UK. For example, one Gallup poll in Britain in 1987 yielded a response rate of 48% of people saying they had had a religious experience as described by the poll. In 2000, another poll in the UK yielded a 36% positive response. Granted that some of this may be due to false positives, one must also realize that there is a kind of repression of expressing religious experience due to embarrassment and/or personal bias, so these numbers may also lean towards the lower end (Hay, 57ff).

One could also look at the sheer number of luminaries throughout all time who have claimed religious experience. Throughout the literature, such experiences are far too numerous to be restricted to a descriptor like “many.”

One can’t help but agree with Richard Swinburne, who wrote, “[T]he overwhelming testimony of so many millions of people to occasional experience of God must… be taken as tipping the balance of evidence decisively in favour of the existence of God” (Is There a God?, 120).

The Balance of the Scales

“The argument from religious experience” (hereafter ARE) is itself somewhat of a misnomer–there are many forms of arguments from religious experience, so it is helpful to clarify when one is in dialog which version one is using. I have noted elsewhere that the ARE comes in two varieties: one which argues for public belief and one which argues for personal justified belief.  There are two more variants to introduce here: the broad version and the narrow version.

1. The Broad Version of the ARE presents religious experience as a general proof for either:

A) the existence of some transcendent realm–this being a transcendent aphysical realm. This is the broadest version of the argument.

B) the existence of God. This is a broader version of the argument, but isn’t as generalized as A).

2. The Narrow Version of the ARE argues for the truth of a particular religion based upon religious experience. Note that this is narrow in that many religions could affirm a “transcendent realm” or the existence of God[s], but if the argument is construed in this fashion, only the religion which is claimed to have superior evidence from religious experience is [fully] true. [Other religions could have many truths which could be affirmed through RE, but only one would have the “full” or “realized” truth.]

If the argument is presented as a way to prove general transcendence of experience, it is extremely strong and very easy to defend. When one instead uses the argument to try to justify the truth claims of a specific religion, one then must come up with a mechanism for determining how to evaluate competing religious experiences. For example, if I argue that religious experiences prove Christianity to be true because so many people have experienced in sensory ways Jesus Christ as Lord and Savior, then it is my task to also show that the experiences of, say, Shiva as god are unwarranted. Thus, the philosopher’s task increases in difficulty the more narrowly he presents the arguments conclusion.

Consider the following two conclusions from arguments (granting me authorial privilege to assume that readers can plug in the premises): 1) Therefore, religious experience justifies the belief that there is a realm apart from our mere physical existence; 2) Therefore, religious experience serves as powerful evidence for the truth of Christianity. The fact that 2) is much more narrow means that one must do much more to show that the conclusion is justified.

Does this mean that the argument is useless when arguing for a particular religion? Certainly not. There are many who have used the ARE for a defense of Christianity specifically (cf. William Alston Perceiving God and Nelson Pike Mystic Union). What is important to note is that when one uses the argument in dialog they must be very aware of how they formulate the argument. As a “Broad/public” version, it can serve as powerful evidence in part of a cumulative case for Christianity; as a “narrow/private” version, it can be strong confirmation of the justification of one’s faith. These variants can be used together or separately.

The Strength of the Argument

So how strong is the ARE? I hope I don’t disappoint readers when I respond by saying: that depends! As far as my opinion is concerned, it seems to me that the “broad/public” and “broad/private” version of the argument are nearly irrefutable. I think it is an invaluable tool for apologists and philosophers of religion. The “narrow/private” or “narrow/public” versions of the argument are not as strong by necessity: they must contend with more objections as they narrow. However, as part of one’s own faith life, I think the “narrow/private” and “narrow/public” versions can give great comfort and solace.

[Author’s note: The next post on the argument from religious experience will defend the principle of credulity.]

See my “The Argument from Religious Experience: Some thoughts on method and usefulness“- a post which puts forward an easy-to-use version of the ARE and discusses its importance in apologetic endeavors.

The following books are all ones I have read on the topic but do not present a comprehensive look at literature on the subject.

(New York, NY: Oxford, 1989). One of the best books on the topic, Franks Davis provides what I would see as a nearly comprehensive look at the epistemic defeaters to consider with the argument from RE.

Jerome Gellman, Experience of God and the Rationality of Theistic Belief

(Ithaca, NY: Cornell, 1997). Gellman provides a robust defense of the principle of credulity.

Paul Moser, The Evidence for God

(New York: NY, Cambridge, 2010). This work is not so much about the argument from RE as it is an argument showing that any evidence for God is going to be necessarily relational. I highly recommend it.

Richard Swinburne, Is There a God?

(New York, NY: Oxford, 2010). This is an introductory work to Swinburne’s theistic arguments. It has a chapter on the argument from RE that provides an excellent, easy-to-read look at the issues surrounding the argument. I reviewed this book here.

There are a number of other fantastic books on the topic as well. Swinburne’s The Existence of God

has a chapter that remains a classic for the defense of the argument from RE.

is perhaps one of the best examples of a robust epistemology built up around RE and realism.

is a extremely technical look at many of the issues, and I found it particularly useful regarding the notion of “ineffability” in RE.

is a very recent look at the argument which again features a large amount of epistemological development.

11 thoughts on “The Argument from Religious Experience: A look at its strength”