The Epistemic Argument Against Abortion

Posted by J.W. Wartick ⋅ July 29, 2013 ⋅ 66 Comments
Filed Under  abortion, Arguments against abortion, bioethics, christian, Christianity, do we know if the fetus is a baby, epistemology, ethics, philosophy, pro-choice, Pro-Life 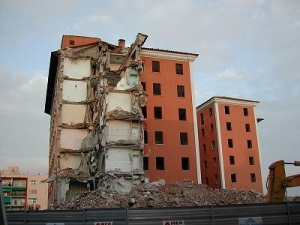 Epistemology is the study of knowing. That is, it is the study of how we know something is true. Here, I will offer an argument against abortion which concerns the question: what do we know about the unborn?

Suppose you are a demolition expert. You’re sitting outside a building you are to blow and you are about to hit the button. The area has been declared clear and so you have flipped the cover of the button up and you’re about to blow the building. Suddenly, someone cries out–a little red tricycle has been discovered outside the building. Fortunately, however, the people who spotted the tricycle tell you there is only a 20% chance that the child made his or her way inside the building. The equipment being used is expensive and your company is paying more Shrugging while thinking “Time is money,” you go ahead and press the button, blowing up the building. After all, you’re 80% sure there is no one inside.

…Wait a second. That’s horrible! Shouldn’t you check and be sure that there is no one inside the building? After all, that person’s life is worth so much more than the extra money your company will have to spend as the child is searched for.

The question then must be asked: what percent is low enough for you to press the button? Suppose you were 90% sure the child was not inside the building, would you pull the button then, confident that you gave your best effort? How about 95%? 98%? It seems to me the only morally permissible situation would be certainty. The building has been swept entirely from top to bottom and cordoned off, you are positive no one is inside. Then, you may press the button without moral culpability: you are certain you are not killing anyone whether directly or indirectly.

*I should note this example is from Kevin A. Lewis. I modified the scenario slightly.

The Argument Stated and Defended

The argument is actually very simple:

1) If it is possible that the unborn is a human person, we should not kill the unborn.

2) It is possible that the unborn is a human person.

3) Therefore, we should not kill the unborn.

Premise one seems obviously true to me. In order to deny premise one, the advocate for abortion must claim that we may destroy “fetuses” even if it is possible that they are human persons. That is, the pro-choice position must hold that it is permissible to blow the building at 80%; or perhaps even at 98%. Given a similar situation: the doctor with the tools for abortion goes and destroys the fetus with the possibility that, like the red tricycle sitting outside the building, they may not know whether they are killing a child; instead, they go forward with the procedure, even though they may be murdering a baby.

Note that what I’m claiming here is a very small claim: it may be even a .5% chance that the fetus is a baby (of course, I am convinced that from conception, we have a human being, but for the sake of argument I will grant even .01% chance), but then the doctor, like the demolition expert, goes ahead and “blows the building” anyway.

The conclusion follows from the premises via modus ponens. Thus, the argument succeeds.

We can never be sure about anything

Perhaps the most thoughtful answer a pro-choice advocate might make for this argument is that we can never be sure of anything. After all, we cannot be certain that when we drive somewhere, a child might run in front of our car and get hit and killed. Indeed, in the case of a demolition expert, one could always have a helicopter drop a small child onto the building at the last second, or a child could tunnel underneath and get in, etc.

My response to this argument is fairly straightforward. In abortion, we are intentionally going in and killing the fetus (or dismantling it; however you want to put it). The analogy with driving simply doesn’t work. In order for it to be even close to accurate, the driver isn’t driving safely. Instead, it would be like driving drunk along a sidewalk in Chicago. You shouldn’t do it.

The problem with the ‘certainty’ objection is that while it is true we cannot be 100% of just about anything, it is also true that there are some steps we should take in order to give ourselves epistemic certainty. That is, there is a line between saying something is broadly logically possible and saying that it actually reduces one’s epistemic certainty of a proposition. Certainly, it is possible for a helicopter to parachute a child onto the building in the seconds before it explodes, but does that reduce one’s epistemic certainty pertaining to the situation? I do not think so.

Unfortunately, I run into this argument far more often than one might think. It should be pretty obvious that this argument is completely fallacious. Whatever my gender happens to be, I am capable of reasoning.

Sometimes, the argument is put forth as “get out of my womb” or something similar. Well again, if the unborn is a human being, then I am attempting to protect a distinct human being. Thus, this objection not only begs the question, but it is also insulting. It is nothing more than a rhetorical device.

A response like this basically grants my argument. As I have argued, if this is the case abortions should be impermissible. We shouldn’t just bank on uncertainty to gamble with lives. Of course, I am not going to merely appeal to uncertainty, I have positively argued that the unborn are human beings. Period.

Be sure to check out my other posts in which I argue for the pro-life position. Particularly relevant to the present discussion are “From conception, a human” and “The issue at the heart of the abortion debate.”

66 thoughts on “The Epistemic Argument Against Abortion”