“Peter Boghossian, Atheist Tactician”- A brief look at the e-book by Tom Gilson 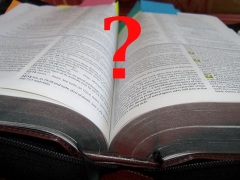 I recently downloaded Tom Gilson’s evaluation of Peter Boghossian’s epistemology for my Kindle. The work is witty but also to the point. Gilson launched a full-on attack against Boghossian’s mission to create atheists. The best parts of the book–and let me be clear, I think the entire work is essential reading–were his critique of Boghossian’s view of faith and his appeal to Christians regarding the importance of the topic.

Gilson makes it clear how important it is to provide a reasoned answer to Boghossian’s view. However, he goes much further than that; he notes that Boghossian’s mission is specifically to destroy the faith of Christians. For any Christian, this should be a disturbing thing to hear. Unlike many other atheists, Boghossian seems to have a plan: he’s going to actively work to proselytize Christians for atheism. He may be called an atheist missionary. Gilson called Christians to see this as a serious threat for Christianity. It’s not that Christianity doesn’t have the resources to answer Boghossian’s arguments; instead, it is that we have not equipped ourselves to do so. The average Christian-in-the-pew is basically incapable of refuting Boghossian-esque reasoning, and so will, possibly, have their faith seriously challenged by arguments which are basically vacuous.

Why think that Boghossian’s definition is wrong? Gilson offers a number of points. Among them is the fact that the redefinition of the term cannot account for its usage among the faithful. Gilson shows how the redefined “faith” would lead to an absurd meaning for any number of texts in the Bible. Not only that, but he also cites a number of Christian thinkers to demonstrate that the usage of “faith” is much more grounded in evidence and true belief than it is grounded in a “pretend” world. By the time Gilson has finished dismantling Boghossian’s usage, it becomes clear that the latter is truly living in his own fantasy. The problem is that if Christians do not equip themselves to combat it, the dream may become reality.

There are a number of other excellent portions of this quick read, such as Gilson’s direct interaction with a number of Boghossian’s interviews and writings. He also approaches Boghossian’s work from several angles, providing a solid ground for the refutation of the atheistic work.

In short, I implore you to pick up and read this work by Gilson. He has done an excellent job of showing how Boghossian’s work may prove to be a challenge to Christianity. But the greater service he has done is provided a tool to equip believers to combat this challenge. Read it, spread it. Keep the faith.

You may get Gilson’s e-book for free at this link [I am unsure of how long this offer will last]. You may also support the ministry of Ratio Christi by purchasing the e-book.

9 thoughts on ““Peter Boghossian, Atheist Tactician”- A brief look at the e-book by Tom Gilson”