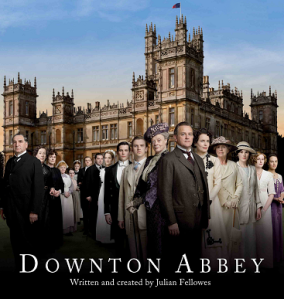 I will be analyzing each episode of the fourth season of Downton Abbey from a worldview perspective. There will, of course be SPOILERS for each episode, and I will assume readers know about each previous season and episode’s content as well. It will be assumed that readers are familiar with the characters and circumstances. I will not be summarizing the plot of the episode; I will merely interact with the content from a perspective of worldview. BE COURTEOUS AND DO NOT BRING UP LATER EPISODES THAN THE ONE DISCUSSED HERE IN YOUR COMMENTS.

It seems to me that the case that Bates definitely killed Mr. Green. The ticket found puts him in London on the same day, and given the looks he was shooting in the man’s direction the last time we saw them together, I’m convinced Bates knew it. I admit I find it hard to fault him though it is clearly a morally wrong action (see my discussion about justice in the last episode). Justice belongs to God, and God has given the sword to the state, not to individual avengers. The reason behind this, I suspect, is because human emotion is too easily swayed. If God did not rather relegate the power of punishment to the authority of the state, then it would be essentially given to anarchy. It is interesting that from the earliest points of the Bible, provisions were made for justice within a whole society (again, see the discussion of the last episode).

Moreover, I wonder about his determined silence about the matter with his wife. I do not think it is healthy to be keeping such secrets from his wife, though it seems to me Anna is smart enough to figure out what happened on her own.

The scene with everyone conspiring to preserve the dignity of the prince was interesting and honestly pretty entertaining. In conjunction with the points above, it led me to wonder how to deal with the state when the state is in forms like a monarchy and being run poorly. I’m not necessarily saying that’s what’s happening here, I’m trying to draw a broader question and perspective related to the issue. I mean at what point are we obligated to defend the dignity of the state? Is there such a thing as an ideal form of government? (I admit my answer to this is: “probably not.”) Is there such an obligation to a defense of government? What are your thoughts?

The story skipped ahead so far that Lady Edith already had her baby (thank goodness! but remember, I really don’t think this was a great pro-life message). It will be interesting to see next season how she deals with the proximity of her child, and what happened to Michael Gregson. I reiterate my thoughts from last episode: “A culture in which the primary reaction to pregnancy is essentially to shutter women away (whether married or not) as if it were an illness, and in the case of unmarried women, to socially scorn them, is not a culture in which a strong pro-life message can succeed.”

What can we do to make the here and now into a better pro-life culture?

Branson’s relationship with the local schoolteacher is developing, and I have to wonder how the family will take it if he ends up falling entirely for her. How will the society which he continually feels uncomfortable with treat him if it comes to that point?

I also want to briefly touch on the fact that the Grentham family’s estate continues to support a wider community. The jobs provided there would seemingly disappear if it weren’t there, but is that true? It seems to me that there is something to be considered about how we view economics and fairness in the here and now as often changing how we view then. We shouldn’t simply apply economic policies that work now or concepts of fairness which have been developed in our culture arbitrarily to a different (even fictional) time and place. I personally feel great care must be taken when trying to evaluate what societal or economic systems would be “better” for various areas.

Onward and a Prediction

There is much to consider for whatever comes next, but I think the primary areas of interest from a worldview perspective will center around Lady Edith and Bates. Will Bates ultimately be found out, or will his performance with the preservation of the prince be enough to convince Lady Mary he should not be; will Anna find out? Moreover, if found out will they convict him with virtually no evidence?

A prediction: I suspect that the maid that Grantham kissed will turn up again at some point.

The image is copyright BBC and I do not claim any rights to it. To my knowledge it is freely available for purposes of promotion/critique and I use it under fair use.