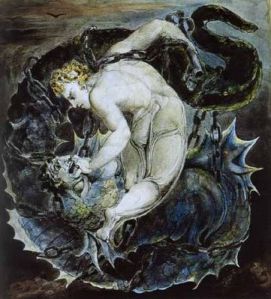 One of the key components of the composition of the problem of evil (at least its logical variety)* is the notion that good will eliminate evil. The late J.L. Mackie put it this way:

A wholly good omnipotent being would eliminate evil completely; if there really are evils, then there cannot be any such being. (Mackie, 150, cited below)

Simply put, this statement and any like it seem fairly obviously false if made without any rather major qualifications. After all, it seems clear that the total elimination of evil is not actually a logically necessary end for a good being, even an all-good, all-powerful being.

C. Stephen Evans presented a case to show that Mackie’s statement (and those like it) are simply mistaken. He noted that the principle that good must eliminate evil seems to be blatantly false without a number of qualifications. He argued that there are some evils which good beings will allow in order to bring about a greater good. The analogy he used was that of parents not allowing their children to ride in automobiles. After all, this would ensure that they would never be involved in the evil of a car crash, but surely it would also prevent greater goods of interaction with friends, learning to drive and the responsibility that comes with, and more (127). However, Evans was quick to note that a deity is by no means directly analogous to a human parent. The resources God would have to prevent evil are infinitely greater than that of a human parent.

In the case of God, however, God cannot bring about the logically impossible. Rather than going for a full-on theodicy (an account of why evils exist), Evans argued that certain goods are impossible to achieve without some evil. Thus, courage necessitates some kind of suffering (128). He did not argue that this notion alone provides a comprehensive theodicy; but for our purposes it is enough. It seems clear that the notion that good must eliminate evil is not only unsupported by argument (it is an a priori assumption), but also patently false. That is, we have evidence that at least some evil must be allowed in order for some good to be brought about.

I want to be clear about my thesis in this post: I am not claiming to have a comprehensive explanation for all evil everywhere. My claim is rather that good does not, by necessity, eliminate evil. That’s all. I believe that I have established this thesis. If so, then Mackie’s argument (and those like it) fail.

*The logical problem of evil is basically an argument that there is a contradiction in theistic belief related to God’s power and goodness and the existence of evil.

J.W. Wartick has an MA in Christian Apologetics from Biola University. His interests include theology, philosophy of religion--particularly the existence of God--astronomy, biology, archaeology, and sci-fi and fantasy novels.
View all posts by J.W. Wartick »
« Sigmund Freud, Totemism, and the origin of religion- Who cares about facts?
Really Recommended Posts 3/7/14- Pastafarianism, Russia/Ukraine, Creationism, and more! »