Doubts about Evidentialism? C. Stephen Evans and a fideistic problem for evidentialists 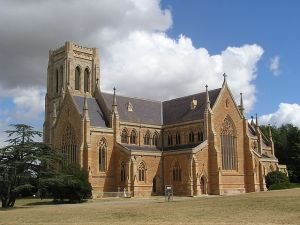 I’ve been reading through a few books related to apologetic methodology and epistemology of late. Most recently, I have finished Faith Beyond Reason: A Kierkegaardian Account by C. Stephen Evans. One thing that struck me in the book was a brief discussion of a possible difficulty with evidentialism as an apologetic methodology. Evidentialism is, essentially, the notion that apologetics should be based upon evidences to convince unbelievers of the truth of Christianity.* Evans himself did not direct a specific attack against the method, but some of his work could be perceived as a critique of the method. Specifically, he discussed Kierkegaard’s rejection of evidentialism:

[Kierkegaard] wants to argue that if you want something like an eternal happiness more than anything else, then it may be reasonable to commit yourself wholeheartedly to something that promises to help you obtain it, even if the chances of obtaining what you seek are not high because the objective probability that eternal happiness is truly to be gained in this way is not high either. (Evans, 108, cited below)

The thrust of this point is that one may, perhaps, rationally commit to a belief when the risk/reward is at a certain level. It’s a little similar to Pascal’s Wager, but Evans has more in mind than this: “[I]f your desire for this good is high enough… then even a very low probability would be sufficient to motivate belief” (ibid). The argument is therefore more subtle than a simple risk/reward scenario.** Instead, Evans’ point (or at least his exegetical point regarding Kierkegaard) is that one’s own desires play into commitment to beliefs, and that this is not itself an irrational thing.

Yet this point may seem a bit devastating to evidentialists. After all, evidentialists would generally hold that one should not believe without sufficient evidence, and that theistic arguments are strong enough to convince others to believe. If, however, one may grant that it may be reasonable to hold to beliefs even if there is a very low probability on the basis of one’s desire for a certain end, then it seems that evidentialism may itself be a faulty grasping for rationalistic certainty.

Within Kierkegaard’s own context, he was certainly reacting against rationalism. But evidentialism is not reducible to stark rationalism. Rather, it is a method not only of apologetics but also of epistemic investigation, depending upon one’s usage. Perhaps the evidentialist may acknowledge that one may rationally commit to a position–say, theistic belief–based upon one’s desire for that great good, but that does not preclude evidences for that belief. More importantly, the evidentialist may introduce the concept of a defeater–a belief which may serve to disprove or make another belief more improbable. Once one has been presented with defeaters, one may not rationally cling to one’s belief simply because one desires the truth of it; instead, one must either defeat the defeaters themselves or have sufficient evidence to hold to the belief in spite of possible evidence against it.

It therefore seems to me that arguments like Kierkegaard’s point does not do much to discredit evidentialism. Rather, it merely provides a possibility for people to hold beliefs in the absence of evidence either way. Once one has evidence against one’s belief, however, one should–at risk of epistemic suicide–either ground one’s belief or show that the evidence against that belief is not firmly grounded. Evans seems to acknowledge this as well, for he noted the value of evidence despite the possibility for “properly basic” belief.

Of course the question of whether one “should” think one way or another is itself highly contentious. I’ll leave that debate for another post or, even better, the comments.

*Yes, I do realize I’ve vastly oversimplified here. That’s the nature of writing shortish blog posts! For what I consider the best discussion of different apologetic methodologies, check out Faith Has Its Reasons

by Boa and Bowman.

**I also acknowledge that Pascal’s Wager is more complex than a simple risk/reward scenario.

6 thoughts on “Doubts about Evidentialism? C. Stephen Evans and a fideistic problem for evidentialists”