“X-Men: Days of Future Past” – A Christian Perspective 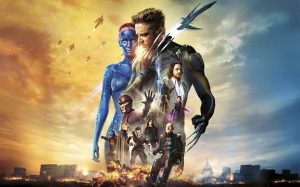 The X-Men franchise has been my favorite of the Marvel franchises for some time, largely because of the worldview questions it brings up. Here, we’ll take a look at the themes in “X-Men: Days of Future Past.” There will be SPOILERS for the film in what follows.

Evolution continues to be at the heart of many of the questions raised by the X-Men franchise. What does it mean to say that Mutants are perhaps the next step in evolution for humanity? For some, it means that Mutants should overthrow humanity; after all, they are the lesser-evolved form of life. How should humans and Mutants interact? Are they really a step of evolution, or is it simply a different expression of humanity?

These questions are obviously speculative, but I think the most poignant of them center around the notion of an evolutionary morality. If all we see is merely the product of naturalistic evolution without any sort of grounding for objective morality, who is to say that those Mutants and humans who say that there is a fundamental war between Mutants and humanity are wrong? It seems as though they are exactly right: it is a competition for resources, pure and simple. Yet the questions the movie brings up go beyond such simplistic reasoning. After all, it seems, there is right and wrong that goes beyond the reasoning centered around survival-of-the-fittest. Again, we must wonder: why? Moreover: how is it grounded? These questions get at the heart of worldview questions, and viewers who are left thinking that it is wrong to perpetuate a war between Mutant and human should wonder what grounds they have for thinking it is wrong.

Many strands of Christian expression view humanity as depraved. That is, humans are sinful at heart, rather than being generally good. “Days of Future Past” aligns with this vision of humanity in a number of ways, but it also, interestingly, portrays mutants as just as frequently evil-leaning as humankind.

The inherent fear of the “Other” was felt throughout, as both Mutant and human worked to destroy each other. However, Mystique’s quest for revenge was a deeper look at aspects of character and worldview. Her quest, despite it being a futile gesture, was telling: she sought revenge despite the possibility that it could destroy all of her own kind. Professor X’s words, however, echoed through time: “Just because someone stumbles and loses their way doesn’t mean they are lost forever.” Mystique, through her choice to refuse to pursue the way of violence into oblivion, ultimately plays a kind of figure of reconciliation. The theme of darkness in the heart which may be redeemed is one which resonates powerfully with the Christian worldview.

A Spectrum of Morality

I think one area that is not explored frequently enough is the notion that there really is a spectum when it comes to that which is moral. I’m not advocating any kind of relativism, but rather the notion that there aren’t always (or even often) black and white moral choices. “Days of Future Past” brings this to the forefront as viewers are confronted with various ways to approach the question of the Mutant. Does one opt for a warfare model which is put forth by Magneto and Dr. Trask, a model which allows for coexistence with separation/secrecy as was generally being followed in the 1970s of the film, or perhaps even cooperation as Dr. X seeks? Perhaps instead, one should forge one’s own way like Mystique or (old) Wolverine, seeking a personal agenda in order to follow one’s own ends.

These aspects are front-and-center throughout the film, as viewers most likely will unconsciously lean towards a certain expression themselves. We discussed above the aspects of evolutionary morality, but I think the movie goes even deeper, trying to get at more basic questions like “What is truth?” and “What is moral/right?” The way viewers answer these questions may lead to further conversations. It seems to me the film clearly favored the kind of mediation road in which Mutant and Human could coexist. But what does that mean for those who favored evolutionary morality or a warfare model? Perhaps such notions are themselves outdated and put to rest because they are of a “Future Past.”

The latest X-Men movie has received much critical acclaim and box-office success. I think that’s for a good reason. It has a compelling plot, great action, and excellent pacing. Our analysis of various themes throughout the movie shows there is thoughtfulness behind it as well. Issues of morality are front and center, though many other themes are worth discussing as well. This is a movie that could be used to start discussions about the faith from many different aspects.

There are many more issues which could be explored in the movie. What are some that resonated with you? Let me know your own thoughts in the comments.

Movies– Read other posts I have written on the movies. Scroll down to see more!

The image is a movie poster for the film and I use it under fair use.

9 thoughts on ““X-Men: Days of Future Past” – A Christian Perspective”