Young Earth Creationism Does Not Have Historical Pedigree 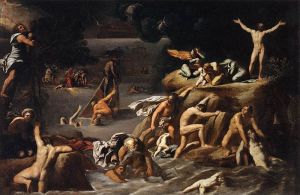 Young Earth Creationists often claim that their view has been the position of the church since its earliest period. Here, I will challenge that notion and argue that, instead, modern creationism is unrecognizable in historic Christianity. Thus, my contention is simple:

It is impossible to go through a comprehensive survey of early Christian teaching on creation, so my discussion here will be necessarily brief. Further reading may be found in the sources cited, below. I note that if someone wants to contradict my contention, above, they must present evidence showing that the claims about Flood Geology, etc. are all present in early church writings, or indeed any church writings before around 1600.

Now, it is a simple fact that for much of church history, theologians held that the Earth was only a few thousand years old. Do not take this sentence out of context. Recall that we’re talking about modern young earth creationism, not just a belief that the Earth is young. To say that because, for example, some church fathers held the world was a few thousand years old and allege that proves they held to modern creationism is a blatant historical anachronism for several reasons.

First, the reason many of these early teachers of the church held to this view is because their view of overall history was such that the 6 days of creation should match up with 6 “days” of thousand year periods of all of history, culminating in the second coming. The literature on this is quite easy to find, but here are a few choice examples:

“for in as many days as this world was made, in so many thousand years shall it be concluded.”- Irenaeus (quoted in ibid, 35)

“[Because] in six days God made all things, it follows that 6000 years must be fulfilled.” – Hippolytus (quoted in ibid, 35)

These quotes could be (and are, in the literature) multiplied. The simple fact is that the earliest interpretation of the Genesis text was yes, that it took place in 6 days, but also that those 6 days were important because they outlined the 6000 years of all of Earth’s history, which would end in a seventh day rest of 1000 more years.

Does that sound like modern young earth creationism to you? It shouldn’t. I don’t know of any modern creationist who holds that the Earth should have already ended because it is more than 6000 years old now, or that the days in Genesis correspond strictly to days of 1000 year lengths that define the history of creation.

Second, even the early thinkers who resonate most closely with modern young earth creationism would not have recognized it as it exists now. Early flood theories often had the water simply get placed on earth miraculously and then destroyed by God, held to a “tranquil flood” theory in which the global flood didn’t make any impact on the surface of the planet, held that fossils weren’t actual vestiges of previously living organisms (an interesting piece of geological history), and the like. 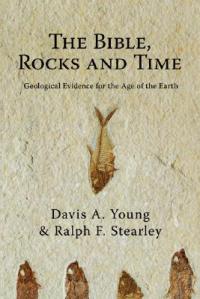 Why is it that YECs take these writers out of their historical contexts? It would be easy to say it is due to a project of quote-mining to find support for one’s view in the past–and I’m sure this is part of it–but perhaps a lot of it is just mere ignorance. The volumes of writings we have from the church fathers, for example, would take years to read, and lifetimes to become well-versed in. Many haven’t even been translated. Thus, it is more expedient to simply find the quote that supports one’s view and use it.

But that’s not at all how we should construct historical theology. The fact is that the constant parade of claims made by YECs that their position is that of the early church is only possible because of a lifting of quotes from church fathers out of their context in order to support the position. Moreover, the people quoted themselves, though they would support the notion of a “young earth” would do so for theological reasons tied to their view of the whole of human history–one which I know of no modern YEC buying into. To cite them as supporting modern YEC, then, is a kind of baptism-by-decontextualization. Only by ignoring the very reasons the early church held their views and the theological worldview that the early church operated under can a YEC find support for their view.

An analogy might be helpful here. To say that the early church agrees with modern young earth creationists would be like saying the early church agrees with modern modalists. Why? Because, after all, many modern modalists claim to be able to uphold the Apostles’ Creed, which, after all, never speaks of distinction of persons in an explicit enough way so as to exclude modalism. Thus, a modalist could say “Our view is from the Apostles’ Creed.” Now of course this is an extreme example, and one could argue at length as to whether the modalist is actually agreeing with the historic Creed, however, the point is that simply finding a single point of doctrine with which one agrees does not mean that one holds to an historic Christian view. It is instead to treat a system of doctrine as something which may be broken apart piecemeal into individual affirmations and then find one of these affirmations with which one agrees. But that doesn’t show one agrees to the system, only to one decontextualized part.

Thus, the best a modern YEC can claim is that the early church also felt the Earth was only a few thousand years old. But to leave it at that is disingenuous, because it paints a picture as though the early church believed this for the same reasons the modern YEC does, but that is not the case. Or perhaps instead it is to, as noted above, just break apart doctrinal systems into component parts and just pick what suits oneself. In either case, it is a mistaken way to approach the question.

The reason the early church held to the young earth was because, as noted above, of their view of the history of the Earth corresponding to 6 days of 1000 years each, not because of alleged geological evidence for a global, catastrophic flood. Although some of the early writers did not hold to this 6 – 1000 paradigm, it is very clear from their writings that there was absolutely no familiarity with the kind of “the Flood did it” reasoning which is so pervasive in YEC today. Modern creationism is founded upon Flood Geology, an absolutely foreign concept to the earliest church teachings.

Indeed, the notion that the early church would have even recognized modern YEC is a bit absurd. Modern YECs use the Noachian Deluge to explain the fossil record, stratification, and the like. But up until John Ray’s time period in the late 1600s, it had been assumed fossils were simply tricks of the rock, not vestiges of once-living organisms (for some interesting reading on this history, check out this post on John Ray). Thus, someone living earlier would simply not have understood what was meant by saying fossils were due to the Flood, let alone knowing what fossils even refer to! Moreover, stratification as a studied feature of geology didn’t really begin in earnest until the 1800s. Again, to then attribute Flood theories back to the early church is wrongheaded.

To put what we’ve reviewed above all together: modern young earth creationism does agree with the historical church broadly on the age of the Earth. That’s it. But the categories of thought in which the church has historically envisioned the history of the universe–the very context which YECs try to link their views–have no points of contact with modern creationism. Indeed, they would have been baffling to the early church because these points of contact with Flood Geology simply do not exist. The reasons the early church believed in a “young earth” were linked to their own faulty reading of Scriptures, and an eschatology not shared by modern YECs. In short, Modern Young Earth Creationism has no historical pedigree.

‘Ah!’ one might exclaim. ‘That means that, at least, the early church held to the notion that the Earth was young.’

Well yes, it does mean that. But that hardly justifies belief in modern YEC. Modern YEC is an invention intended to unify the geologic record with an interpretation of the Bible. It is itself an entire system. This interpretation, which leads to speculation about the way the flood formed the geologic record, is not found in the early church. If you disagree, find it for me. Demonstrate that, say, Irenaeus when he wrote about the entire history of the Earth as corresponding to 6 days of 1000 years each, was actually speaking of how Noah’s Flood shaped the geology of the planet in order to layer sediment one atop the other. If one cannot do this, they should not claim to garner support for YEC from the early church.

Once more, YEC has no historical pedigree.

“Oceans of Kansas,” Unexpected Fossils, and Young Earth Creationism– I discuss the alleged findings out out-of-sequences fossils in the fossil record and how YEC explanations fail to show they are attributable to a global catastrophic Flood.

Davis A. Young and Ralph F. Stearley, The Bible, Rocks and Time: Geological Evidence for the Age of the Earth

J.W. Wartick has an MA in Christian Apologetics from Biola University. His interests include theology, philosophy of religion--particularly the existence of God--astronomy, biology, archaeology, and sci-fi and fantasy novels.
View all posts by J.W. Wartick »
« Sunday Quote!- Questioning Exegesis Through Discovery?
“Guardians of the Galaxy” – Chaos, “Human” Nature, and the “Good Guys” »

20 thoughts on “Young Earth Creationism Does Not Have Historical Pedigree”