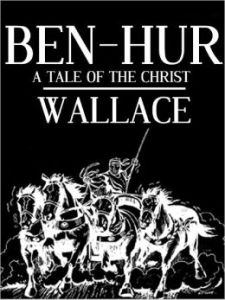 Ben Hur is one of the most influential novels of all time, selling millions in the 19th and 20th centuries and noted as admired by several U.S. Presidents, among others. Reactions to the novel are varied–an interesting thing to examine of itself (some critics saying that it would only appeal to the “unlettered” person, while the general and broad appeal of the novel speaks against that same notion). Its enduring popularity can be attested to by the fact that it continues to be adapted to film.

I’m going to write a series of posts exploring religious pluralism through the lens of the novel, Ben Hur.

The opening scene of the book  describes the wise men–those who would later visit Christ–meeting up in the desert. In this scene, each wise man–from a different part of the ancient world–shares his own story of how he became a believer.

Each post will start with a selection from this scene. Then, I will analyze what was said therein from a theological and apologetic viewpoint. The goal will be to examine what is said therein to see its value for Christians today in interfaith dialogue.

What About Those Who Haven’t Heard? – Part 1 of a case study on religious pluralism from Lew Wallace’s “Ben Hur”– I examine two of the most popular answers to the question about those who have not heard about Jesus (and their eternal fate) from the book.

J.W. Wartick has an MA in Christian Apologetics from Biola University. His interests include theology, philosophy of religion--particularly the existence of God--astronomy, biology, archaeology, and sci-fi and fantasy novels.
View all posts by J.W. Wartick »
« Sunday Quote!- The Faith of Infants- Hermann Sasse
Book Review: “The Reality of God and Historical Method” by Samuel V. Adams »