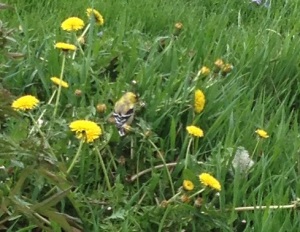 A picture of a goldfinch I took. All rights reserved.

Sorry for the late posting of this week’s Really Recommended Posts. I’ve been very busy. That said, I still managed to draw together some great posts from around the web. I hope you enjoy them!

Unexplained Allusions: The sons of thunder– There are so many lines of evidence for the truthfulness of the Bible that it can be hard to even learn about all of them. Here’s a post that explains yet another one of these lines of evidence: unexplained allusions.

7 Places Where Gender Inclusive Bible Translation Really Matters–  From the article: “I have often made the point that the King James Version and the pre-2011 New International Versions each include more than 1,000 occurrences of the words ‘man’ and ‘men’ which are not found in the Greek New Testament… gender-inclusive translations such as the NRSV, NLT, NIV 2011, and CEB are taking steps toward the character of the Greek New Testament, not away from it.”

The Unraveling of Starlight and Time– An in-depth analysis of a Young Earth Creationist proposal for explaining distant starlight. The analysis is of the prominent work, Starlight and Time by D. Russell Humphreys, as well as a later revision of his theory.

Christian Thinkers 101: A Crash Course on Blaise Pascal– Pascal is most often known for his (in)famous Pascal’s Wager (I defend this argument here). Yet there is a lot more to this thinker than you may know. Read on for an introduction to the thought of this historic thinker.