Christianity in the News, Current Events

The Lutheran Church-Missouri Synod and Creationism: An Unnecessary Match 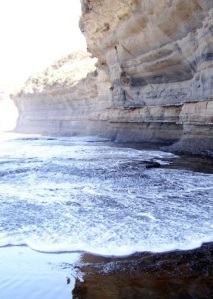 The Lutheran Church-Missouri Synod, at their 2019 convention, re-iterated an affirmation and strengthened adherence to statements about creation and evolution made previously by Synod bodies. Res. 5-09A, according to the report from the LCMS, restates the position of earlier statements in the Synod, including a 1932 doctrinal statement that states, among other things:

We reject every doctrine which denies or limits the work of creation as taught in Scripture. In our days it is denied or limited by those who assert, ostensibly in deference to science, that the world came into existence through a process of evolution; that is, that it has, in immense periods of time, developed more or less of itself. Since no man was present when it pleased God to create the world, we must look for a reliable account of creation to God’s own record, found in God’s own book, the Bible. We accept God’s own record with full confidence and confess with Luther’s Catechism: “I believe that God has made me and all creatures.”

In effect, the Resolution (Res. 5-09A) is a significant and modern reiteration of creationism within the LCMS, specifically of young earth creationism. Thus, it also more emphatically excludes and alienates those within the Synod who do not affirm such a position and who have explored the possibility of other positions within the church.

I believe God has made me and all creatures?

There are a number of problems, of course, with such a statement. The quote provided above issues a bald appeal to Luther’s Small Catechism with the statement that “I believe God has made me and all creatures.” On the surface, this appears to be an attempt to use that quote to support direct, fiat creationism. Yet when one reads the rest of that section of the Small Catechism, one finds that the same exact section also states “[God] also gives me clothing and shoes, food and drink, house and home, wife and children, land, animals, and all I have. He richly and daily provides me with all that I need to support this body and life.” Yet the LCMS is not also passing resolutions that affirm direct, fiat action by God in the providing of our clothes, food, drink, shoes, house, and home. They’re not passing resolutions in which Synod laity is expected to affirm that God literally created their clothing and gave it to them directly. But the Catechism does make those statements in the exact same context, without any such qualification. This means that the Catechism does not exclude means when it comes to divine providence regarding these matters. God uses means to provide us with food, home, and clothing. Similarly, God may have used means when it comes to “God made me and all creatures.”

The appeal to the lack of humans being present at creation cuts both ways. No member or pastor in the LCMS was present when God created the heavens and the Earth, so how is it that they may define in more exacting detail how God created them? Indeed, they say that we ought to look at God’s own record, which explicitly states that the heavens declare God’s glory. Scientists have looked to the heavens to see direct evidence of God’s glorious creation. Such evidence, God’s “speech” from the heavens (Psalm 19), points to a universe much, much more ancient than the six- to ten-thousand years most young earth creationists affirm, especially those who are so exacting in defining days as “6 natural days” (more on that below, though).

The Resolution (5-09A) reiterates that creation is in “6 natural days.” But the fact is that the concept of a day as 24 hours is itself a giving into cultural norms of our own time. The length of a day has changed through history, as is demonstrable from such things as the variance in Earth’s rotation, tidal forces, and more can and have changed the length of the day, either permanently or for short periods of time (read more on this phenomenon here). Now, these fluctuations are extremely minor, so the objection may be lodged that this doesn’t impact the concept of a “24 hour day” or a “natural day.” Once one does admit that minor variations are acceptable, however, it becomes much less clear why major variations or even different meanings may not be explored. After all, nothing in the Bible states that God held the Earth in a completely still, static state as the creation week continued. It may be the case that even with a “standard” or “natural” day, the actual duration of each of the 6 days of creation could have varied. So, again, the very concept itself is flawed, for it both reads into the Bible things that are not there and ignores actual observational evidence that it is wrong. In attempting to circumvent science and purely affirm Scripture, the LCMS has fallen into the trap of bringing along scientific presuppositions that are hidden in the premises of their statements, thus doubling the error by both affirming a non-scientific viewpoint and smuggling in scientific assumptions that undermine their position.

Consequences of the Position

The fact is that the LCMS attempt to “take a stand” on this issue places it squarely and officially outside of any possibility for youths or adults to reconcile the official stance of their denomination with modern science. As someone who was within the LCMS and is no longer, I can say that this is one of the reasons I left. The total disregard for any viewpoint that went against a (then unofficial) stance on the timing and/or means of creation as well as the lack of regard for science generally was a massive difficulty for me within the denomination. Making this the official stance will do nothing but exacerbate that same concern for many, many more. I distinctly recall several conversations with other LCMS people, young and old, about how the denomination’s stance on creation was a significant hurdle for them in their faith life.

This is about much larger issues than whether the LCMS will lose or gain members; it is about the actual faith lives of those within the denomination. By drawing the wagons in tighter in the circle, the LCMS pastors have rejected the duty to be pastoral to their congregants and aligned their church body with a statement that cannot be reconciled with mainstream science with mountains of data and evidence to support it. Youths will be told that not to affirm this “6 natural day” creation is to oppose the Bible, and because the LCMS has so strongly emphasized that to believe as they do just is to trust the Bible, such a rejection will lead to crises of faith. As someone who experienced this in my own life, this is deeply disturbing and disappointing. The church body has effectively taken a stance on a non-essential that will lead to many questioning essential issues.

Yet the LCMS, an unashamedly Lutheran organization, is perfectly willing to hold hands with an organization that promotes strictly anti-Lutheran materials as top results on its website? Why? Because, again, the LCMS has fallen into the trap of valuing evangelicalism and the narrative of the “culture wars” more than it values its own adherence to Lutheran doctrine. This strong and hard stance on young earth creationism is just one of the many results of such a capitulation, but it is also one of the most vehement positions the LCMS is promoting within its churchwide body.

The LCMS recently published a report in which it was revealed that the “2017 Confirmation Survey identified around a 1-in-3 rate of retention for individuals after confirmation” in the LCMS. This number spawned a number of discussions and responses to it. One such response, the “Executive Summary” of the survey, stated as a category that “Congregations must be safe places for young people to wrestle with life and faith in order for them to faithfully reach out to today’s culture.” Taking such a hard stance on a scientific issue that the LCMS is unwilling or unable to actively engage with (as shown by reliance on outside resources like Answers in Genesis) is the exact opposite of being a “safe place for young people to wrestle with life and faith…” It was not a safe place for me, personally, as I dealt with some of these difficult topics. I came very near to leaving the faith entirely, and it was ironically an LCMS person who said that Jesus resurrection didn’t hinge upon whether the Earth was 10,000 or 10 billion years old that helped me rethink my faith. But now, the LCMS has made even that slight possibility outside the bounds. Their statement has tied people’s faith with the age of the Earth, and that should not and must not be the foundation for any Christian faith whatsoever.

Gregg Davidson vs. Andrew Snelling on the Age of the Earth– I attended a debate between an old earth and young earth creationist (the latter from Answers in Genesis like Ken Ham). Check out my overview of the debate as well as my analysis.

Ken Ham vs. Bill Nye- An analysis of a lose-lose debate– In-depth coverage and analysis of the famous debate between young earth creationist Ken Ham and Bill Nye the science guy.

7 thoughts on “The Lutheran Church-Missouri Synod and Creationism: An Unnecessary Match”