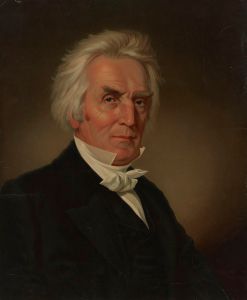 Alexander Campbell (1788-1866) was a Scots-Irish immigrant in the United States who debated Christianity with a few well-known skeptics. One of his best known debates was with Robert Owen (1771-1858), who argued in favor of agnosticism. This debate was published as “Debate on the Evidences of Christianity” (1829, see link for download). Here, will look at what answers Campbell gave and where his arguments might have been improved. Owen was a fine opponent whom Campbell himself acknowledged as a worthy scholar.

Debate on the Evidences for Christianity Part I

The debate begins with a rather lengthy back-and-forth in which Owen and Campbell confirm and re-affirm their desire to meet and discuss the evidences of Christianity. Yet even in Campbell’s opening response to Owen’s request for a confirmation of the reasons for the debate, Campbell begins to offer an apology. He states:

Why, then, do you say, apologize for bringing this subject into public debate? Because, in so doing, we may appear to concede that it is yet an undecided question sub judice [under judicial hearing/review]; or, at least, that its opponents have some good reason for withholding their assent to its truth, and their consent to its requirements. Neither of which we are, at this time, prepared to admit. (12-13)

In other words, Campbell apologizes to his audience for giving the possibility of putting “God in the dock,” as the older phrase goes. But Campbell notes that Christians are to always have a reason and be prepared to defend their faith, so he presses on in his defense of Christianity.

Campbell then turns to the question of why skepticism is on the rise, a certainly on-point question in our own world. He argues that:

However this may be, for here we would not be dogmatical, we are assured that the progress of scepticism is neither owing to the weakness nor the paucity of the evidences of Christianity ; but to a profession of it unauthorized by, and incompatible with, the [C]hristian scriptures. (14)

Campbell’s reasoning, then, is that skepticism is on the rise not because the arguments and evidence for Christianity is poor, but instead because those who profess Christianity are themselves hypocritical and live unChristian lives.

Then, Campbell states some of the positions he believes his opponent will be force to hold, like holding that humans are no more moral than bees. He also outlines how he would defend Christianity. Namely, he would start by arguing for the truth of revealed religion, then move to show historical evidence, then show the divine origin of Christianity, and finally try to show from the “actual condition of the world” and prophecies that Christianity is from the Creator (18).

The outline he gives on page 18 is particularly interesting for those interested in historical apologetics because it shows how arguments can go in and out of fashion over time. This is evident when one reads several works on the Deist Controversy, but also when one reads older works in general, one finds several arguments people of the time thought were interesting or compelling that we have little interest in. The same could be said in reverse–it is unlikely that some of the arguments modern apologists write about would find much sway in the 1800s. Cultural norms and expectations go into an apologetic just as much as do other factors.

For now, we’ll leave off here, awaiting Owen’s response to Campbell in this first part of the debate.

Dead Apologists Society– A page for Christians interested in the works of historical apologetics. There is also a Facebook group for it.