Did God Create the Universe for Humans? – Some thoughts on God’s purposes for creating 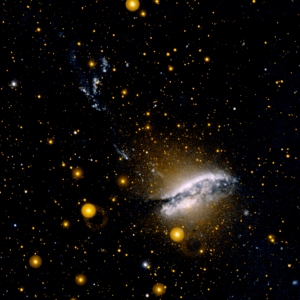 I have read on more than one occasion an atheist making the argument that goes something like this: if humans are the most important creation, why did God create such a vast universe? The argument is that God really wasted a lot of space if the universe was created for us. Another way I’ve seen this argument is as follows: the universe is full of galaxies that are even beyond our capacity to ever observe. Why, if God created the universe for us, is there so much here that is worthless to us? Furthermore, why is so much of the universe hostile to human life? Humans can’t live in overwhelming majority of the universe. Why is it so hostile if it were created for us?

A different discussion with an atheist was touched off when they asserted that the Bible states humans are the most important creation, so why create so much of the universe outside of our power to observe?

I’m going to offer an explanation which may come as something of a surprise: there is nothing in the Bible which makes it explicit that humans are the most important creation. I would go so far as to say that anyone who claims that is reading an unjustified anthropocentric worldview onto the text.

Perhaps the most commonly cited explanation for why we should think humans are the center of creation is the Genesis creation account, and specifically Genesis 1:27-28:

God blessed them and said to them, “Be fruitful and increase in number; fill the earth and subdue it. Rule over the fish in the sea and the birds in the sky and over every living creature that moves on the ground.” (NIV)

But again, where in this text does it suggest that humans are the most important creation? It does show that we were made in God’s image, but it does not say that because of that, we are more important than anything else in creation. Too often people read into texts what they think it says, as opposed to reading what the text actually says. Again, I simply ask this: where in the text does it say that humans are the most important part of all of creation? As a friend pointed out, one could easily say the sun is the most important part of creation, because without it, we would not all be alive. But either view is equally unsupported by the Bible.

Another rationale that is used from this passage is the notion that humans are to have dominion over or rule over the earth (verse 28). But again, how does it follow from this that humans are more important? The problem is that we have a skewed view of importance. For us, very often, we think importance is equal to power. When someone has power, they are more important than someone without power. But such notions of power and hierarchy are extrabiblical ideas which we have read onto the text.

In fact, it seems that the Bible says we are not the greatest of all creation. Psalm 8:5 references humans and says that “You [God] have made them [humans] a little lower than the angels and crowned them with glory and honor.” So yes, humans are “crowned” with glory, but they are also ” a little lower than the angels.” It seems the Bible says that we may not be the greatest things to walk the universe. [I should note that the Bible may, in fact, note that humans are the most important part of all creation, but were I to grant this, my reasoning below still holds.]

But some people remain dissatisfied by this explanation, and claim that Christians very often do claim that humans are the crown of all creation or that the universe was made for us. Here, I suggest that once again, people have been thinking very anthropocentrically. In fact, they have limited God to the point of making God incapable of even having the same range of possibilities that humans have. The assumption built into this argument is that God created for the sole purpose of humanity. But just like other persons, it is possible for God to have more than one end in taking an action. Thus, even if we grant that humans were the most important creation–in contrast to the above argument–it still does not follow that the universe is exclusively for humans. God can have different ends.

Think about it this way: when you take an action, you very often have more than one end in mind. For example, you may get in your car to go to a local shopping store so that you can go to the grocery store and also because you want to stop and look at books at the bookstore. Here, you have taken an action (gotten into the car and taken it somewhere) with more than one end in mind. Similarly, God can create with more than one end in mind. Even if humans are the greatest of all creation (which I deny), it is also possible that God also created for other reasons. For example, God may have created gratuitous galaxies because they are beautiful. I can’t help but look at the stars and have my heart stop. The beauty of creation is extraordinary. It cannot be described in words. Perhaps this was one end God had in mind, along with the creation of humans. There are a number of other reasons God could have created apart from humans, so it seems to me that the objection here is short-sighted.

Only by creating God not just in our own image, but in an image less than our own, can we come up with an objection to the existence of such a God based upon the vastness of the universe, or its hostility to life.

Beauty is a powerful reason to favor the Christian worldview. Check out this excellent post on the topic over at Well Spent Journey: Christianity and High Beauty (With Pictures!).

More Planets Than Stars – Exoplanets and Our Little Blue Ball– Naturalis Historia features a simply superb post on the possibilities of other life/planets like ours. It also briefly addresses the issue I have discussed in this post. I recommend checking it out.

From Divine Engineer to Divine Architect– Over at Faithful Thinkers, Luke Nix wrote about a similar topic. His post explores the notion of God as an architect, transcending the either/or dichotomy created by some about God’s purpose for creation.

I have reflected on what life on other planets might mean for Christianity: Theological Reflections on Life on Other Planets.

18 thoughts on “Did God Create the Universe for Humans? – Some thoughts on God’s purposes for creating”