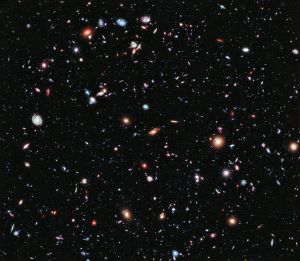 Ken Ham, a prominent young earth creationist and the founder of Answers in Genesis, recently lamented on his blog about the money being spent on the search for extraterrestrial life in space. Interestingly, part of his objection was that aliens probably don’t exist because they would not be saved:

I do believe there can’t be other intelligent beings in outer space because of the meaning of the gospel. You see, the Bible makes it clear that Adam’s sin affected the whole universe. This means that any aliens would also be affected by Adam’s sin, but because they are not Adam’s descendants, they can’t have salvation.

That’s correct: according to Ken Ham, we can speculate about whether aliens may or may not exist (though both he and I agree that we think it is very improbable), but we can know for sure that aliens cannot be saved. Keep this in mind through the rest of my post: Ken Ham did not say that aliens may not be saved, but rather that they “can’t” be saved.

Ken Ham was concerned with the notion that we’re spending so much money on space travel: “I’m shocked at the countless hundreds of millions of dollars that have been spent over the years in the desperate and fruitless search for extraterrestrial life.”

I would first point out that the money being thrown at this is hardly exclusively dedicated to the search for ET. Rather, much of it goes to new technology like new telescopes, listening devices, etc. which actually bring benefits for the rest of society. Thus, the money is not being spent in a “fruitless” fashion.

One might come back and say: “What if all that money was instead spent on feeding the hungry, clothing the needy, etc.?” I think that’s a valid point and it is one with some initial force. One wonders, though, about the notion of division of effort. There is a real sense in which not all of human effort may be directed towards one end. As a Christian, I certainly desire to aid those in need, but I would not say that means every dollar I spend should be directed towards that end. There are other evils than need in the world (such as abortion) to direct effort towards, and there are also other goods to promote (evangelization would be one I would list). As such, my activity must be divided. Similarly, on a national level, there are numerous ends to pursue, and an argument which reduces national spending to a single issue is simplistic.

I’m open to disagreement here and would love to hear from those who are either pro-space exploration or con. I lean pro- but I think there is some force to arguments against. 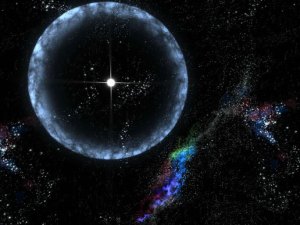 The thrust of Ken Ham’s post, however, was that aliens would not be saved. He acknowledged that “[T]he Bible doesn’t say whether there is or is not animal or plant life in outer space.” Given his nod to the fact that the Bible is clearly not concerned with the broader universe, it is then shocking to find that Ham asserted without qualifications that “[aliens] can’t have salvation.” I wonder: where is that found in the Bible? Where might I find the notion that: “If aliens exist, they can’t have salvation” implied in the Bible?

Ham’s argument was an implicit one: because “The Earth was created for human life” (an example of the single-end fallacy regarding God’s creation which I discussed elsewhere), and “Adam’s sin affected the whole universe. This means that any aliens would also be affected by Adam’s sin, but because they are not Adam’s descendants, they can’t have salvation.”

The argument depends upon a number of hidden and explicit premises. First, one must ask in what way Adam’s sin affected the whole universe. Does that mean that intelligent aliens instantly became cursed and condemned by the Fall? It seems Ham’s argument depends upon that premise, but there is surely no bibical data to back that up. Rather, Ham is assuming that the Fall means that any other life in the universe would necessarily be sinful and in a state of rebellion against God. Although the Bible speaks of humans being in rebellion against God, and it speaks of “all creation groan”ing awaiting for God’s coming to reconcile all things, it is surely a massive inference to leap from that to the notion that any aliens anywhere are eternally doomed.

Second, the argument assumes that God did not or would not (can not!?) mediate between other sentient beings and God. Surely it is a major assumption to state that God would not operate in a certain fashion about speculative aliens who have speculatively been included in the Fall and are speculatively doomed for eternity! For Ham to turn around and just assert that God would not save these aliens (or again, perhaps cannot, because he states that they “can’t have salvation), is a major theological error.

Third, and perhaps most importantly, the question of how Ham reconciles his first premise with his premise that “because [aliens] are not Adam’s descendants, they can’t have salvation.” After all, the same proof-texts which may be cited to try to imply that all of creation groans under the Fall (Romans 8) could also be taken, when read with the same presumptions, to mean that aliens will be saved or at least have hope of salvation: “For the creation was subjected to frustration, not by its own choice, but by the will of the one who subjected it, in hope the creation itself will be liberated from its bondage to decay and brought into the freedom and glory of the children of God [Romans 8:20-21 NIV].”

Thus, Ham’s argument has a faulty conclusion: if it is true that all of the universe fell through Adam and is therefore doomed, then it equally follows that, according to the same text, it will all be saved through Jesus as the new Adam (not universalism, but rather the “hope of salvation”). There are no grounds for Ham’s assumptions.

Ken Ham has overstated his case to the extreme. Although he may have some force to his argument about the needless spending of money on various space exploration projects (and again, I think these aren’t needless but that perhaps his side has some a priori power), he has committed some major blunders when it comes to speaking of the possibility of alien salvation.

As always, I’d love to have your thoughts in the comments. What do you think about Ham’s statements? Be sure to check out his blog post to get his side of the argument.

Alien life: Theological reflections on life on other planets– I engage in some [highly] speculative theology related to the possibility of aliens.

Did God Create the Universe for Humans?-Some Thoughts on God’s purposes for creating–  I argue that God’s purposes in creating are needlessly limited when people object that God created the universe [only] for humankind.