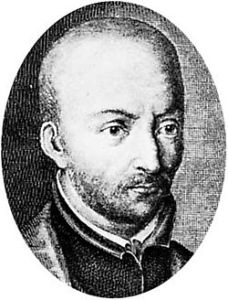 I was reading a recent blog post at one of the sites from which I read every post–the Pastor Matt blog–and discovered a point of some importance for those interested in the debate over omniscience and divine foreknowledge. His post “Middle Knowledge Misunderstood” is a brief introduction to the concept of middle knowledge. My focus is not going to be on that topic so much as on a claim made in the article: that middle knowledge is uncontroversial. Simply put, this claim is mistaken. Middle knowledge is the subject of much debate to this day.

Middle knowledge has been the subject of no little amount of my efforts in studying, and when I read the claim that it is uncontroversial, I was taken aback. Frankly, to say that middle knowledge is not controversial is just entirely mistaken. I shall now demonstrate that point.

Since the Reformed held that all that occurs is unconditionally decreed by God and that men and women are responsible for their actions, they saw no need for a third kind of divine knowledge, a middle knowledge, which depended upon God foreseeing what possible people would freely do in certain circumstances.

In other words, middle knowledge is superfluous. Helm goes on to state as much:

Not only is middle knowledge unnecessary to an all-knowing, all-decreeing God, but the Molinists’ conception of free will makes it impossible for God to exercise providential control over his creation. Why? Because men and women would be free to resist His decree.

Third, Thomists, I believe, would also reject middle knowledge–and historically have–for a number of reasons, including the notion that it entails potentiality in God. The reason it would do so is because of the whole structure of modality–including possible worlds–which advocates of middle knowledge tend to put forward as well. If the assertion is that there is a different way that things God could have created, then that implies that there is a potential there–something that any Thomistic view of the world would deny. I believe the same point would go for Scholastic thinkers in general, but I’m not familiar enough with the range of scholasticism to say that is for sure.

I say all of this as someone who thinks middle knowledge does exist. But I think that we need to confront the reality that Molinism–the position which most closely endorses middle knowledge–is itself highly controversial and hardly above criticism.

J.W. Wartick is a Lutheran, feminist, Christ-follower. A Science Fiction snob, Bonhoeffer fan, Paleontology fanboy and RPG nerd.
View all posts by J.W. Wartick »
« The Wheel of Time “Towers of Midnight” and “A Memory of Light” – Reflection from a Christian
Really Recommended Posts 4/10/15- raising a son, tropical islands, self-harm, and more! »

6 thoughts on “Is Middle Knowledge Uncontroversial?”