Perspicuity of Scripture in the Lutheran Reformers: Reformation 500 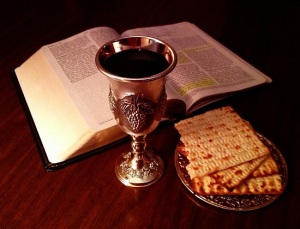 2017 marks the 500th anniversary of what is hailed by many as the start of the Reformation: Luther’s sharing his 95 Theses. I’ve decided to celebrate my Lutheran Protestant Tradition by highlighting some of the major issues that Luther and the Lutherans raised through the Reformation period. I hope you will join me as we remember the great theological (re)discoveries that were made during this period.

Perspicuity of Scripture in the Lutheran Reformers

Luther himself wrote on perspicuity in no uncertain terms:

[T]hat in Scripture there are some things abstruse, and everything is not plain–this is an idea put about by the ungodly Sophists… I admit… that there are many texts in the Scriptures that are obscure and abstruse, not because of the majesty of their subject matter, but because of our ignorance of their vocabulary and grammar; but these texts in no way hinder a knowledge of al the subject matter of Scripture. (Luther, The Bondage of the Will, 110, cited below)

So far as I know, Luther did not change his stance on the perspicuity of Scripture. As the Reformation continued, however, it became clear that such a stance might not be appropriate regarding the entirety of every declaration of Scripture. Lutheran reformers qualified perspicuity, noting that it applied only to that which pertains to salvation.[1] Heinrich Schmid, in his Doctrinal Theology of the Evangelical Lutheran Church (translated 1875) compiles quotations from the major early Lutheran reformers to outline what Lutherans taught. Regarding perspicuity, Schmid notes:

Schmid’s summary of Lutheran doctrine in the Reformation period sounds different from what Luther taught in The Bondage of the Will, but he shows from direct citations that this is the direction Lutherans moved in regarding perspicuity. To whit, Gerhard:

It is to be observed that when we call the Scriptures perspicuous, we do not mean that every particular expression, anywhere contained in Scripture, is so constituted that at the first glance it must be plainly and fully understood by every one. On the other hand, we confess that certain things are obscurely expressed in Scripture and difficult to be understood… (quoted in Schmid, 89)

We do not maintain that all Scripture, in every particular, is clear and perspicuous. For we grant that certain things are met with in the sacred books that are very obscure… not only in respect to the sublimity of their subject-matter, but also as to the utterance of the Holy Spirit… (ibid, 90, Quenstedt goes on to deny that there are doctrines that are so obscure that they “can nowhere be found clearly and explicitly”)

The perspicuity of Scripture is not absolute, but dependent upon the use of means, inasmuch as, in endeavoring to understand it, the divinely instituted method must be accurately observed… (ibid, 91)

The whole section clarifies and explains the earliest Lutheran teaching regarding perspicuity of Scriptures, and it is clear that it is acknowledged that not every single text is plain, that the guidance of the Holy Spirit, among other things, is required to understand Scripture rightly, and that plain passage of Scripture are to be used to interpret those which seem obscure.

As I’ve argued elsewhere, this shift in perspective on perspicuity happened due to the very real differences on some major doctrines within the Protestant movement itself. If every single statement the Scriptures made about  doctrine were so clear, how could such divisions exist within a movement that was upholding sola scriptura? The answer was that perspicuity applied to that which is essential for salvation, and that shift in perspective can be observed in the writings of the Lutherans listed here.

The doctrine of perspicuity is a major aspect of Reformation theology. It should not, however, be over-generalized and abused in the way that it has, unfortunately, often been used.

[1] In researching this post, I noticed that the Wikipedia page on the clarity of Scripture has been edited to suggest without qualification that all Lutherans hold to the notion that “Lutherans hold that the Bible presents all doctrines and commands of the Christian faith clearly. God’s Word is freely accessible to every reader or hearer of ordinary intelligence, without requiring any special education.” The citations provided to show that all Lutherans hold to this teaching are not to any of the early Lutheran reformers, nor are they citations of the Book of Concord; rather, they are references to two sources published by a publishing house of one form of American Lutherans. These sources are from 1934 and 1910, respectively, and not in the Reformation period nor do they, so far as I can tell, speak for all Lutherans. Given the evidence cited above from Quenstedt, Gerhard, and the like, I find it hard to believe such a claim could be substantiated.

Martin Luther, The Bondage of the Will in Luther and Erasmus: Free Will and Salvation edited by Rupp and Watson (Philadelphia, PA: Westminster Press, 1969).

Heinrich Schmid, The Doctrinal Theology of the Evangelical Lutheran Church.

The Continuing Influence of the Reformation: Our lives, our thoughts, our theology– I note the influence that the Reformation period continues to have on many aspects of our lives.