“Jesus was a Young Earth Creationist” – A Problem 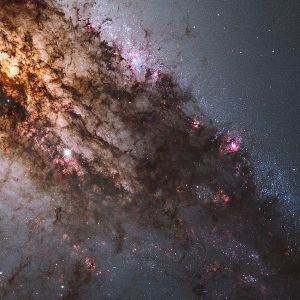 Jesus states here that God made human beings. These passages have been used for any number of exegetical points, but the one I want to focus on now is that of certain Young Earth Creationists. Almost without fail, when I have a discussion about creationism and what the Bible says about creation, it is asserted that “Jesus was a young earth creationist.” When I ask for evidence of this claim, one (or both) of these verses inevitably are raised. But the question is: do these verses actually say what Young Earth Creationists (YECs) want them to say?

The implication the YEC wants to take from these verses is that humans were on the stage at creation, so there could not have been any millions or billions of years of time from the start of creation until humans arrived on the scene. Thus, by saying that “at the beginning” or “from the beginning of creation” humans were created and on the Earth, the YEC argues that Jesus was endorsing and giving evidence to their position.

It ought to be clear from this that the YEC must read these verses quite literally for this implication to follow. After all, the point of this passage is definitely not to speak to the age of creation–Jesus is making a point about divorce in context. Thus, to draw from these passages a young earth, the YEC must insist on a strictly literal reading of the passage and then draw out the implications from that literal reading. The problem for the YEC, then, is that on a strictly literal reading of this passage, the implication becomes that Jesus was mistaken; or at the least, that the YEC position is mistaken on the order of creation.

Read the passages again. They don’t merely say that humans were created in the beginning. Rather, they clearly state that God created them male and female “at the beginning” or “from the beginning of creation.” This must not be missed. A strict literal reading like the one required for the YEC to make their point from these passages must also take literally the word beginning. But if that’s the case, then it becomes clear the YEC reading of this passage breaks down. After all, humans in the Genesis account were the last of creation. They were the final part of creation. But these passages say at the “beginning” not at the “end” of creation. So if the YEC insists that we must take these words as literally as they want us to in order to make their point that Jesus is a young earth creationist, they actually make either Jesus, Genesis, or their own reading of the creation account wrong. Again, this flows simply from the way the YEC insists upon reading these texts. If Jesus says that humans were made at the “beginning” of creation and Genesis literally teaches that humans were the end of creation, then something has to give.

The most common objection I’ve gotten from YECs as I make this point is that my own position still would not be justified in the text. After all, if the Earth is really billions of years old, and most of that time lapsed without any humans being around, why would Jesus then say that “at the beginning” or “from the beginning of creation” humans were around? A fuller answer to what Jesus is saying in these passages is found in the next section, but for now I’d just say it is pretty clear that Jesus is making a point unrelated to the time of creation and simply using language anyone would understand. “Back in the day”; “ever since humans have been around”; “for as long as anyone knows about”; these are ways that we can make similar ideas shine through. Moreover, because a strictly literal reading of this passage to try to rule out any time between creation and humans implies the difficulties noted above, it is clear that such a reading is untenable.

The final point a YEC might try to counter here would be to demand my own exegesis of this text. After all, if they’re wrong about how to read the text, how do I read it such that it doesn’t make the same implications? That’s a fair point, and I’ve already hinted at my answer above. It is clear these texts are about divorce, as that is the question that Jesus was addressing. Thus, he’s not intending to make a statement about the age of creation or really its temporal order at all. He simply says “from the beginning” as a kind of shorthand for going back to the first humans. Humans, Jesus is saying, have been created like this ever since God made them. Period. The problem the YEC reading brings to this text is nonexistent, but only when one does not try to force it to answer questions it wasn’t addressing.

J.W. Wartick is a Lutheran, feminist, Christ-follower. A Science Fiction snob, Bonhoeffer fan, Paleontology fanboy and RPG nerd.
View all posts by J.W. Wartick »
« Naturalism and the Sublime in Neil deGrasse Tyson’s “Astrophysics for People in a Hurry”
“The Once and Future King” by T.H. White – Honor, King David, and Justice »

6 thoughts on ““Jesus was a Young Earth Creationist” – A Problem”