Book Review: “The Creator and the Cosmos, 4th Edition” by Hugh Ross 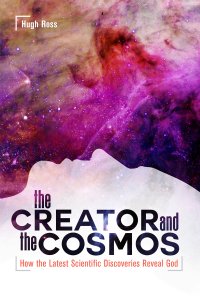 Ross begins his work with an autobiographical account of how he became interested in astronomy. His own interest in the night sky led to him deciding to go through the holy books of various religions to see if any aligned with what science has revealed about our universe. His search culminated in the surprising discovery that, he believes, the Bible actually taught first what science has now revealed. This is one of the central aspects of the Reasons to Believe model: the belief in concordism. Concordism is the idea that the Bible and science will not just operate alongside each other but rather confirm and interlink with each other. Thus, as Ross argues, the Bible speaking of things like the stretching out of the heavens (Psalm 104:2, for one example) is said to be not just metaphorical language but rather literal language about the creation of the universe through the Big Bang.

It is in the chapter entitled “The Bible Taught it First” that I find the most with which to take issue in the book. For almost the entirety of my life, I, too, ascribed to concordism, but as I have read more and more I think that it is not what the intention of the Bible is at all. The Bible is not a science textbook, and simply finding a few isolated sentences that seem to correspond to 21st century science does not demonstrate that it is scientifically advanced. Indeed, as many a skeptic would gleefully point out, there are many points in the Bible which seem to speak about the sky as a solid dome or the literal rising and setting of the sun. Groups like Reasons to Believe work to show how these are actually non-literal language or merely figures of speech, but to me this seems ad hoc. The approach seems piecemeal and the idea that the heavens stretching out “like a tent” is meant to teach Big Bang Cosmology is a tenuous link, at best. After all, if the Bible intended to teach Big Bang Cosmology, would it not be quite simple to do so rather more explicitly than an allusion here and there? It seems to speak rather directly about creation, after all. Instead, it seems that writers like John Walton are more on point when they note that the authors of the Bible had background scientific beliefs of their Ancient Near Eastern times, but that the Bible is not intentionally teaching any kind of cosmology. Instead, it is teaching about the ordering of the cosmos by God as creator. This approach allows readers to avoid the difficult questions raised against concordism regarding the difficult passages about creation, while also not completely divorcing it from reality.

Apart from this allegiance to concordism, the rest of the book is almost entirely focused on scientific discoveries of the past hundred or so years regarding the universe. These are covered in some detail, but Ross does a good job covering these discoveries in such a way that they will be generally understood by most readers. Time and again, he shows that major discoveries seem to show that the sheer improbabilities involved in our life-permitting universe undercut the notion of chance as an explanation for reality. These are cosmic-scale fine tuning arguments. They don’t rely on anything related to evolution or anti-evolution. Instead, the things Ross focuses on in this book are all large scale discoveries and constants that impact our universe writ large. A lengthy appendix summarizes much of this evidence, and going through that appendix shows that time and again our universe falls within an extraordinarily limited range for life to exist.

I do still feel some caution, however, even regarding the fine-tuning argument on a cosmic scale. Though many skeptics have acknowledged it to be perhaps the strongest argument for theism, I am wary of completely aligning ourselves as Christians to any scientific view of the day. After all, many are positing oscillating universe models or a big crunch as another possible alternative to a Big Bang and heat death of the universe. Yes, Ross does deal with these alternatives, but as with so many things in science, we can only hold the conclusions as strongly as the evidence allows and we are a single future discovery away from something that overcomes the problems Ross raises with these models. Is it possible that Big Bang cosmology is entirely correct? Absolutely, and it certainly seems to be the strongest model. But I don’t want to base my entire defense of the Christian faith on that. Indeed, I’d rather base very little on it.

The Creator and the Cosmos is a truly marvelous book for learning about the fine-tuning of the universe. Though I have noted my wariness of Ross’s concordism and of other potential pitfalls, I do think that overall, Ross makes a strong argument. As a non-expert in science, it is very impressive to see one piece of evidence after another appear to confirm fine-tuning of the universe. Time, and future discoveries, will tell whether the fine-tuning argument carries the day. As it stands, I believe it is but one piece of the total Christian apologetic, and this book will help Christians in that regard.

One thought on “Book Review: “The Creator and the Cosmos, 4th Edition” by Hugh Ross”