Yes, Christians (and I’m looking at you, apologists) should affirm that Black Lives Matter, and here’s why 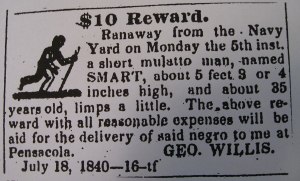 When justice is done, it is a joy to the righteous,
but dismay to evildoers.

I have an MA in Christian Apologetics. Because of the circles I run in due to my interest in apologetics, I’ve seen dozens, if not hundreds of posts bemoaning Christians supporting the Black Lives Matter movement. These posts often center around the notion that the organization Black Lives Matter is inextricably tied to critical race theory, which itself is alleged to be completely anathema to Christianity.

I’m going to suggest the opposite. I’m going to say Christians absolutely must support Black Lives Matter as a movement because black lives do matter. Full stop. And this argument doesn’t need to be over whether critical race theory may be used by Christians or not. I don’t need to wade into those waters for my point.

If you’re asking the question “Should Christians support ‘Black Lives Matter’?” the first thing you should ask immediately following that question is a simple one. Do black lives matter? If they do, then you’ve answered the question. And the reason I’m saying this is because the answer needs to be simplified. People have been, intentionally or not, conflating the entire movement with one organization with which they disagree. I’ve directed this post somewhat at apologists because I’m an insider there, and I’m quite frustrated. We need to do better, fellow apologists, at leading the way as people who want to be thought leaders in Christianity. We need to do better. We need to express more care with our thinking, while also expressing more care for following what the Bible actually tells us to do.

You see, no Christian apologist worthy of the name would agree that if an organization arose that went around saying #JesusisLord, every Christian ever has to agree with everything that person or organization says or does. yet it is a fact that Jesus is Lord. Right? Right? But it would be absolutely absurd to insist that every single person who ever has said anything like “Jesus is Lord” or #JesusisLord must therefore be intrinsically tied up in whatever the organization or person who made the phrase popular said or did. Indeed, looking at the history of Christianity, we better be very, very careful to make the point that support of a statement–even one made by members of an organization with the same name as a movement–does not entail support of everything in that movement or organization. If that were true, then all Lutherans must agree with Luther’s antisemitic statements; all Southern Baptists need to agree with the many, many antebellum Baptists who preached pro-slavery sermons; all Christians have to be indicted by the raping that occurred during the Crusades; and the sad, awful, and sordid history of every aspect of Christianity anywhere done by anyone who has ever said “Jesus is Lord” would be applied to every single one of us.

But that’s wrong, because that’s not how reality works. I can affirm Jesus is Lord without also affirming everything even every other modern Christian says. In fact, I’m sure you do the same thing. That’s because we realize that Jesus is Lord is true, but not everything said or done by Christians is true or good. Guess what: the statement “black lives matter” is true. It is.

None of this is to say that the specific Black Lives Matter organization is right or wrong about any- or everything. But I’ll tell you one thing: they are 100% totally correct in saying that black lives matter. And if you disagree with that, the problem is with you, not with the organization, not with people who you see as rioting, and not with anything else. It’s with you.

If we’re Christians, we believe the Bible speaks to us today. It teaches us to this day. The quote with which I started this post was from Proverbs 21:15. It is just one of a great many Bible passages that urge us to seek justice. And believe it or not, the way God’s justice comes is sometimes surprising. Sometimes, even the chosen people of God get things wrong. That’s why, for example, Jonah’s anger over God’s justice speaks so clearly to some of us today. We are too often like Jonah, fleeing rather than trying to bring God’s loving forgiveness to people with whom we disagree. But God is a God who works in ways we don’t always understand. God used even the ungodly to bring justice. Be careful, lest we stand in the way of God’s justice in a moment in which we as Christians should be standing up and also declaring that yes, black lives matter and yes, we should seek justice for them.

Learn to do good; seek justice, correct oppression; bring justice to the fatherless, plead the widow’s cause. – Isaiah 1:17

It’s a powerful thing when we can sit and listen to our neighbors who say they are oppressed without rushing to explain it away as an aspect of critical race theory or some other straw man we’ve set up so that we don’t have to do what the Bible tells us to do. Yes, those are strong words, and they are so needed right now, however unfortunate that is. Think about it. If you’re a Christian apologist- which have you spent more time doing of late: critiquing critical race theory and trying to correct people about the Black Lives Matter movement or actually seeking to learn from those who are crying out for help? Which do you think is more valuable for the building of God’s Kingdom?

What about lawbreakers? I chose the picture for this post for a reason. It’s from an 1840 advertisement for capturing a fugitive slave. This ad was before the Fugitive Slave Act of 1850, but it is still a fact that trying to escape from slavery was unlawful. These fugitive slaves were lawbreakers. But who was in the right–the “fugitive” or the enslaver? Let’s practice some extreme, tremendous care that we do not align our Christian morality to that of the law of the state. Laws change, but God’s will and justice never change. Justice came for those evildoers who enslaved others in the United States. We should pray that justice continues to roll from God to our nation to this day.

Finally, we as apologists need to practice better care for our thoughts. When confronted by a new idea, our tendency is to analyze it, break it apart, and see how it fits together. Too often, this also becomes a practice in self-affirmation. Is it any wonder that so many apologists who were unconcerned about racism in the United States before the recent protests are suddenly up in arms about Critical Race Theory and calling on other Christians to disavow any kind of “social justice movement.” We need to think long and hard about that. Why was that our instinct–including my own? How do we break out of it? For me, it was going and actually reading books about racial injustice and disparities in the United States. Yep, we have to do that thing that apologists love doing: read books. But there’s a big caveat here: not just books that support our own views. We need to humble ourselves and acknowledge we might just be wrong on this topic, and do the work to learn about it. Because we absolutely cannot and must not make new stumbling blocks for Christianity. In my apologetics classes, I remember hearing time and again how “Christianity is offensive enough.” How do you think people feel when they see people like us–trained apologists–lining up to explain how Christians cannot support the Black Lives Matter movement, conflating it entirely with the organization? Is that actually a good witness? Is it even a good use of our time? No. It’s not. Why not? I’ll tell you:

It’s time to be humble; to act justly; and to love mercy. It’s time for apologists to do what the Bible says.

He has shown you, O mortal, what is good. And what does the LORD require of you? To act justly and to love mercy and to walk humbly with your God. – Micah 6:8

Book Review: “Rethinking Incarceration: Advocating for Justice that Restores” by Dominique DuBois Gilliard– Learn about our criminal justice system and how it needs to be reformed.

“Frederick Douglass: Prophet of Freedom” by David W. Blight– A prophet for then and now- Learn about Frederick Douglass, a powerful Christian voice who helped speak for justice in ways that continue to resonate into our own time.

“How to be an Antiracist” by Ibram X. Kendi– I review and summarize major aspects of this book on antiracism on my other site.

J.W. Wartick is a Lutheran, feminist, Christ-follower. A Science Fiction snob, Bonhoeffer fan, Paleontology fanboy and RPG nerd.
View all posts by J.W. Wartick »
« July 4: Frederick Douglass’s indictment of American Christianity’s links with oppression, and a call to stand for justice
Book Review: “A Week in the Life of a Greco-Roman Woman” by Holly Beers »

2 thoughts on “Yes, Christians (and I’m looking at you, apologists) should affirm that Black Lives Matter, and here’s why”