The Case for Christianity in 15 Minutes (or less) 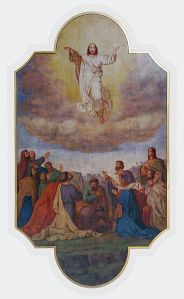 Recently, the need for defending Christianity in a short time period has come to light. I was in a discussion with some acquaintances and was asked to outline why I believe what I believe, but we were on a time crunch so I only had about 15 minutes. Thankfully, I have had access to some wonderful resources that allowed me to memorize some quick, but useful arguments.

This post is intended to provide other Christians with a case for their beliefs that they can memorize and share with others. Note that the study cannot stop here. Most people will not be convinced by the basics outlined here. The goal of this post is to provide a springboard for discussion and keep people engaged in  the idea that God exists and Jesus is Lord. Each section is intended to flow directly into the next. I encourage my fellow Christians to memorize a “case for faith” in a manner like this, so they may be prepared with a reason for the hope within them (1 Peter 3:15).

The arguments are necessarily short and simple due to time constraints, but they offer a short defense that will, hopefully, spur further conversation (again, don’t forget to do more research!). Greg Koukl says we don’t need to convince someone right away–we just need to “put a rock in their shoe” so that we can keep the discussion going later. As always, the most effective apologetic is a prayerful, Christ-reflecting life. May the Holy Spirit guide you all.

There are many reasons to believe God exists, let me share a few:

1) Everything that began to exist has a cause

2) The universe Began to exist

3) Therefore the universe has a cause.

It seems intuitively obvious that 1) is true. Things don’t just pop into and out of existence. 2) follows from modern scientific discoveries like the Big Bang, which implies a single cosmological beginning. 3) follows via modus ponens (the most basic form of argument) from 1 and 2. This argument shows a transcendent cause of the universe. The cause must also be personal because [it] brought the universe into existence at some point, which requires a choice. Choices can only be made by persons, so this entity is personal. (See William Lane Craig in “On Guard”, linked below, for more.)

[For more reading on the Kalam Cosmological Argument see my posts linked below.]

4) If there are objective moral values, then God exists

5) There are objective moral values

“Objective moral values” here means that moral values are true regardless of what anyone thinks. For example, “murder is wrong” would be wrong even if every single human being thought murder was the way to achieve greatest happiness and encouraged it as an extracurricular activity for teenagers. But the only way to hold that objective moral values exist is to grant God’s existence, because objective laws require an objective lawgiver.

Without God, however, morals reduce to “I don’t like that.” It seems ludicrous to believe that murder is wrong just because we don’t like it. It is something actually wrong about murder that makes it wrong. That which makes it wrong is, again, the commands of the Lawgiver: God. People have a sense of moral objectivity built into them, which also suggests both the existence of objective morals and a God who created in us this conscience. (See Craig “On Guard” and C.S. Lewis, “Mere Christianity”.)

Religions are not all the same:

1) Many religions have contradictory truth claims. (Some forms of Buddhism say: There is no God; Christianity argues: There is a God; Hinduism states: there are many gods)

3) The Law of Noncontradiction (actual contradictions like “square circles” or “married bachelors” cannot exist and are not real) shows us that therefore, these religions cannot all be true.

1) The Gospels are reliable. They demonstrate many criteria for historical truth: multiple attestation (four Gospels telling the same story, but with enough significant differences to demonstrate they didn’t copy off each other), principle of embarrassment (the authors of the Gospels included details which would be embarrassing either to themselves or culturally, such as the fact that women were the first witnesses to the risen Christ in a culture in which women were not trusted), the writers died for their belief in the historical events (while many religious believers die for their beliefs, it seems unfathomable that the Christian Gospel writers would willingly die gruesome deaths for things they made up–which is what alternative theories argue), etc. (See Strobel, “Case for Christ”)

3) The miracle of the resurrection is God’s confirmation of Jesus’ divine claims. If the Gospels are reliable (per 1), then Jesus is divine.

There is good evidence to think that God exists. There are even other arguments that could be presented, such as the teleological, ontological, transcendental, argument from religious experience, and more. We can also see that not all religions can be true. Furthermore, there are good reasons to think the Gospels are reliable and that Jesus claimed to be God and had His claims authenticated by God Himself in Jesus’ resurrection.

Remember, this is not even close to a full defense of Christianity. It is simply a condensed, easy to remember defense designed to be ready at a moment’s notice for when the Holy Spirit leads people into our paths. We need to do more research, offer more arguments, and continue to witness as the Holy Spirit works through our testimony. This defense is by no means a total apologetic; it is meant only as an introduction to spur further conversation. Always have a reason.

Some have objected to this post on various grounds, most of which are reducible to my arguments not being developed enough. I emphasize once more, this is supposed to be used for a 15-minute defense of the faith, not an entire survey of the field. See my links for more reading, and continue to investigate for yourself.

If you are interested in further reading on these topics, I suggest:

1) On my site, check out the posts on the existence of God: here. Specifically, for the Kalam Cosmological argument:

Dawkins and Oppy vs. Theism: Defending the Kalam Cosmological Argument

“The Multiverse Created Itself” and “Who made God after all?”- The Kalam Cosmological Argument

The Leibnizian Cosmological Argument (not developed in this post).

by William Lane Craig- a basic level introduction to many of the ideas discussed here.

3) The Case for Christ

by Lee Strobel-a wonderful book which goes through many issues of historical Christianity. Presents evidence for the historicity of the Gospels and the divinity of Jesus.

by C.S. Lewis-a Christian classic, this work is a fantastic defense of Christianity. C.S. Lewis is a masterful writer and I highly recommend this work.