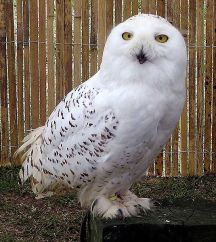 Another search of the internet has turned up a number of excellent posts. I have found another diverse array of topics for you to browse at your leisure. This week, we’ll look at dinosaurs, Ray Comfort’s Evolution vs. God, cave diving, preterism, design, the economy, and Mumford and Sons!

Dinosaurs, Dragons and Ken Ham: The Literal Reality of Mythological Creatures– Often, the claim is made that legends about dragons sprang from humans living alongside dinosaurs. Young earth creationists cite this as evidence for their position. Here, the Natural Historian sheds some light on these claims in a well-researched post with plenty of pictures for those of us with short attention spans. I highly recommend following this blog as it remains an outlet for great analysis of young earth claims.

Evolution vs God– Another issue which has been making the rounds on apologetics/Christian sites has been the recent video by Ray Comfort, “Evolution vs God.” The video is available to watch for free on youtube. Feel free to check it out yourself (you can find a link to it here). My good friend over at No Apologies Allowed seems to endorse it to a limited extent (see his comment on this post), and his comments have touched off a great discussion: [DVD] Evolution vs. God. On the other hand, the Christian think-tank Reasons to Believe has offered their own brief video review (the link will stat playing instantly) of the movie which has a very different perspective. What are your thoughts?

Some Questions Concerning my Preterism– I am not a preterist, but I appreciate well thought out positions and the insights they provide into their positions. Here, Nick Peters shares a number of question-and-answers related to his preterist views. Preterism is the view that the majority of the prophecies found in Revelation and the like have been fulfilled, usually in the destruction of the Temple in AD 70.

Cave Diving and Apologetics– I like caves, though I have never done cave diving and almost certainly never will. I found this post to be fairly helpful in regards to drawing out some of the dangers of apologetics and going everywhere at once. I wasn’t terribly appreciative of the explicit appeal to defense of Catholic dogma, but apart from that the post is pretty solid.

Mumford & Sons: Five Songs With All Sorts of Christian Undertones– A really excellent look into several Mumford & Sons songs. I admit I’m not a big fan of the style of music, but I found this post fascinating nonetheless. Check it out.

What happened to the economy after Democrats won the House and Senate in 2007?– People who know me personally realize that I am a complete mishmash of political views. I frankly despise both major political parties because I think they are both ridiculously partisan and do little correctly. That said, I found this post to be a pretty interesting look at the economics of policy. Let me know what you think.