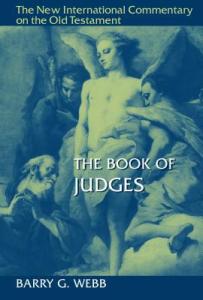 Reading commentaries can be an extremely edifying and valuable experience. I have very slowly been working through the book of Judges alongside Barry G. Webb’s commentary from the New International Commentary on the Old Testament series–an excellent series indeed–and came upon a gem regarding Samson. The passage in question is Judges 16:1-3, in which the people of Gaza attempt to trap him when he comes and sleeps with a prostitute (an interesting path to pursue at a later point) and he instead escapes in the middle of the night by tearing their gate out of the ground and carrying it to Hebron. Webb comments:

[The gate] would have been a formidable barrier… But Samson has spent all his life breaching barriers: between the permissible and the forbidden, holy and profane, man and animal, Israelite and Philistine, Naziriteship and normality. Barriers have never been able to contain him. They appear to him only as challenges which rouse him to a renewed frenzy of breaking through. So it is here again. His “grasping,” “pulling,” “putting,” and “taking” (v. 3) transgress the boundary between the human and superhuman. No normal person could do what he did. But Samson is not normal; that is his glory and his torment. (395, cited below)

Webb’s comments continue as he shows that this act of carrying the gates and placing them before Hebron demonstrate the lack of possible peace between Philistine and Israelite in Samson’s time, among other things. Webb’s comments on Samson are well worth taking the time to read, as is the rest of the commentary on Judges.